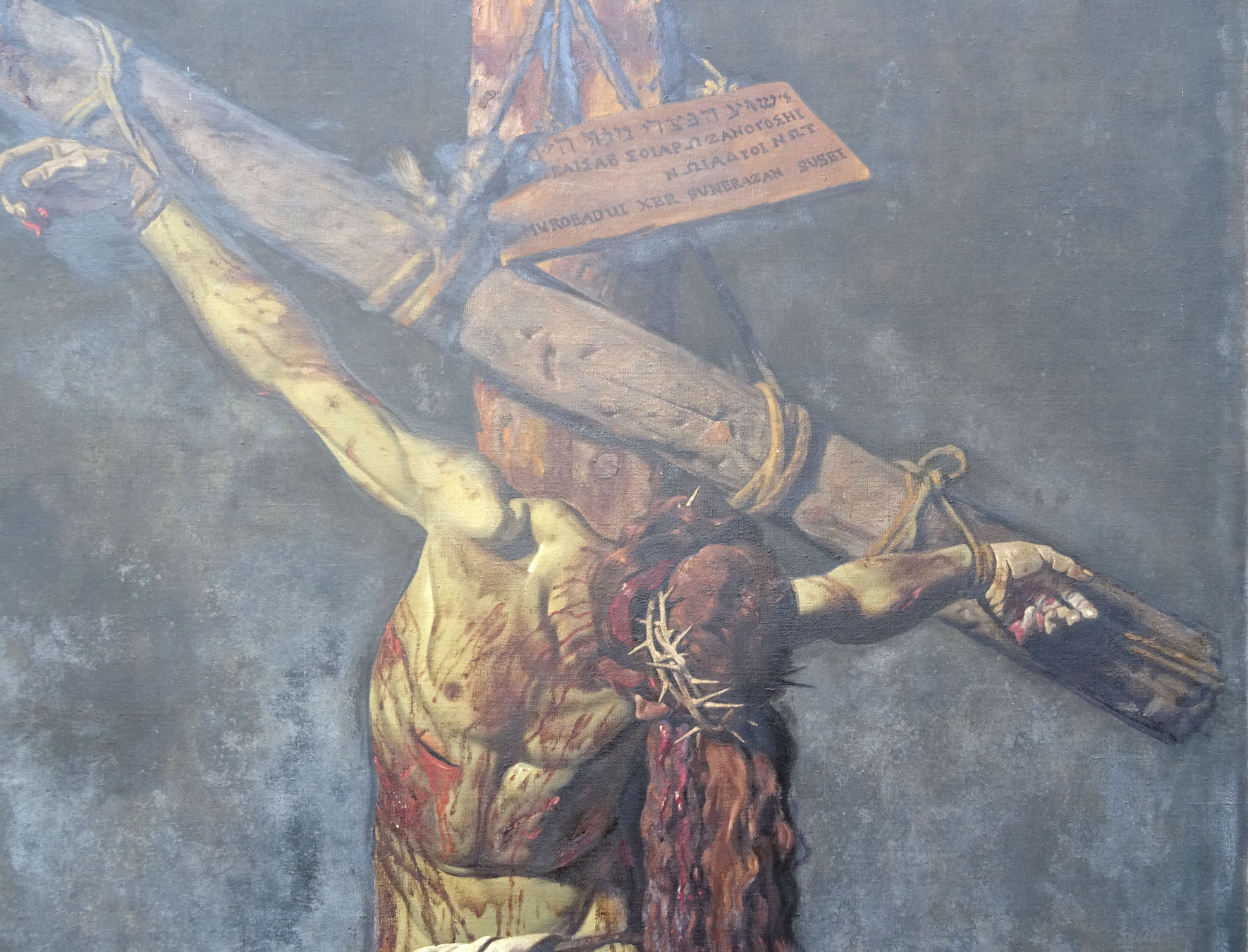 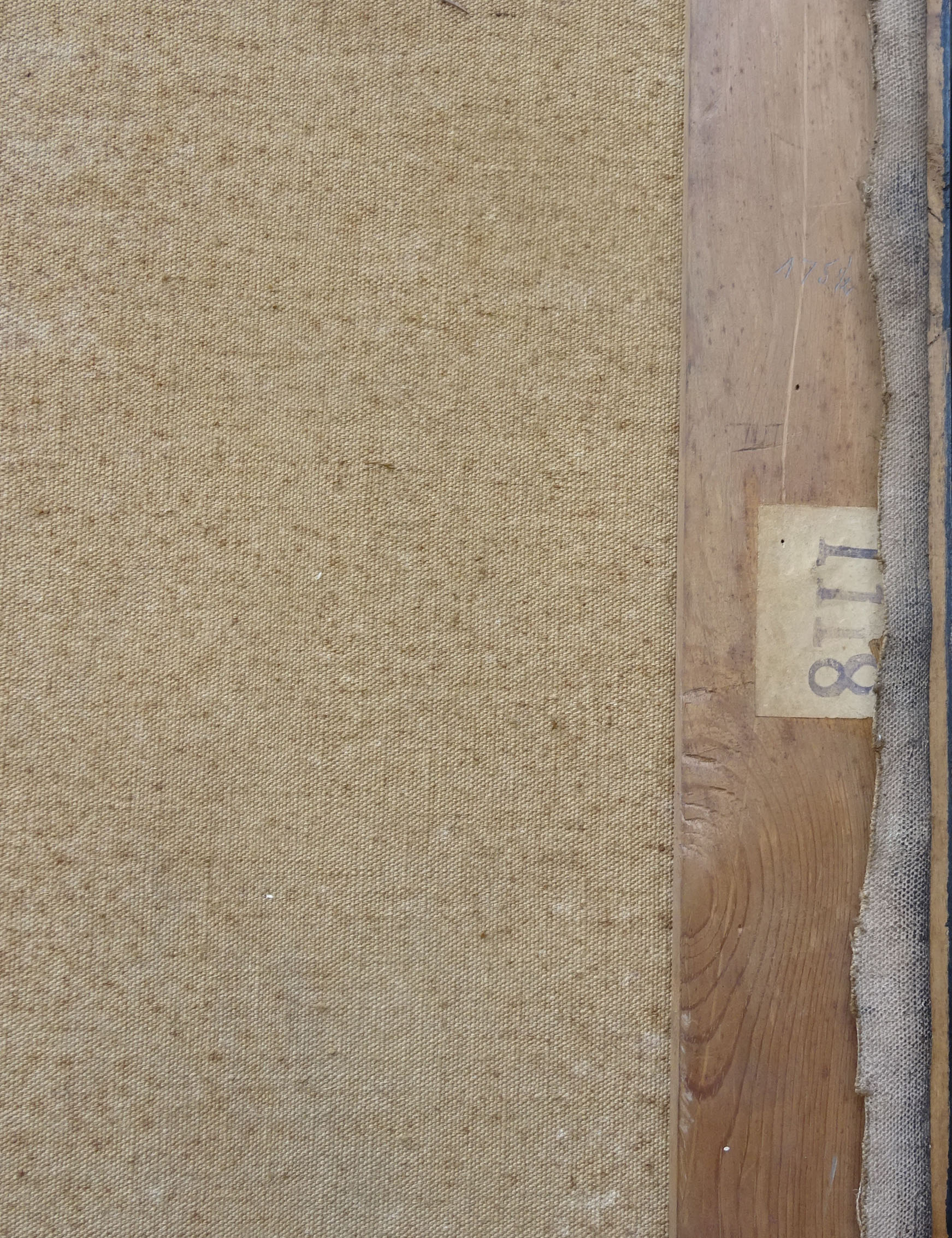 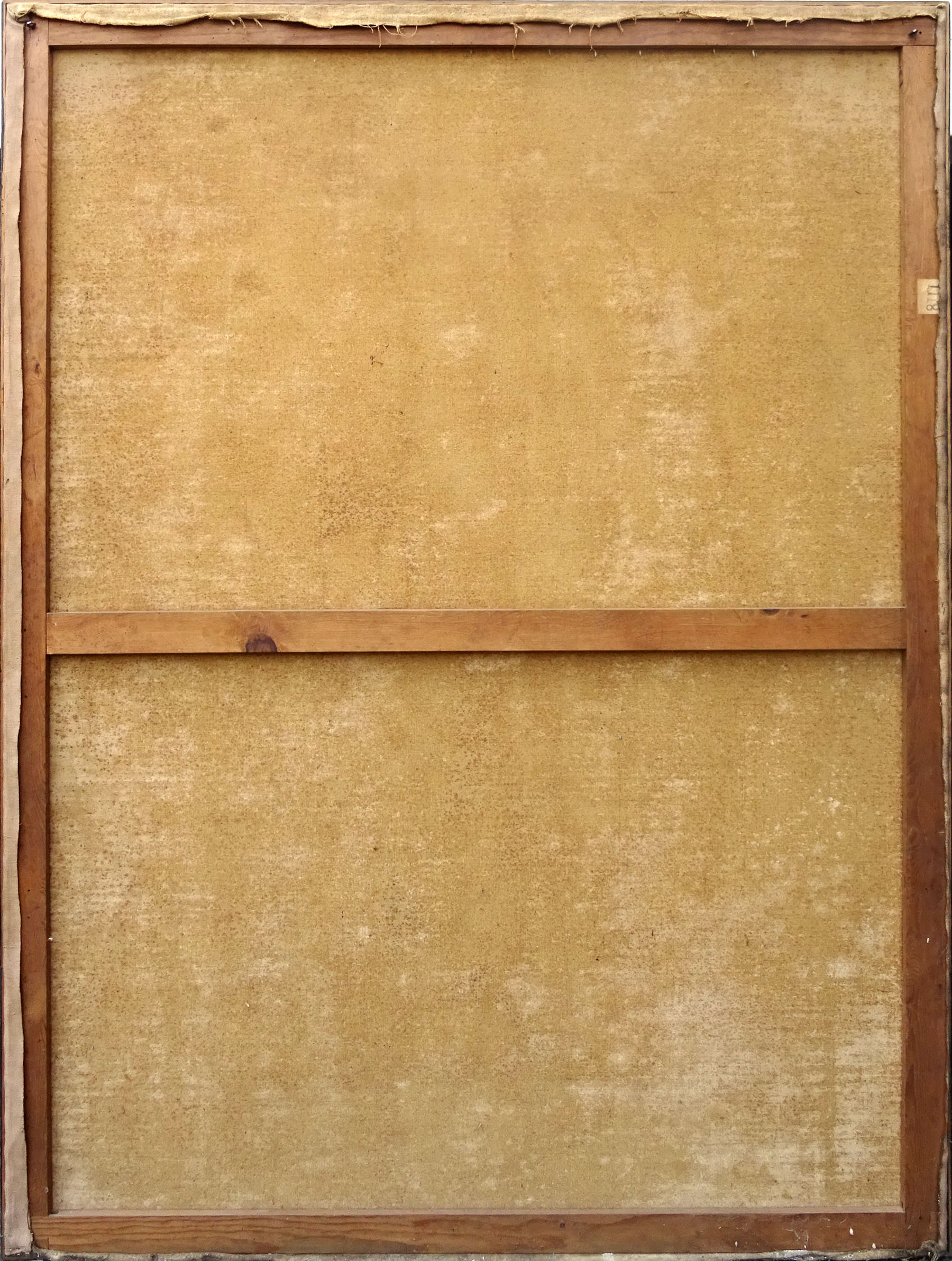 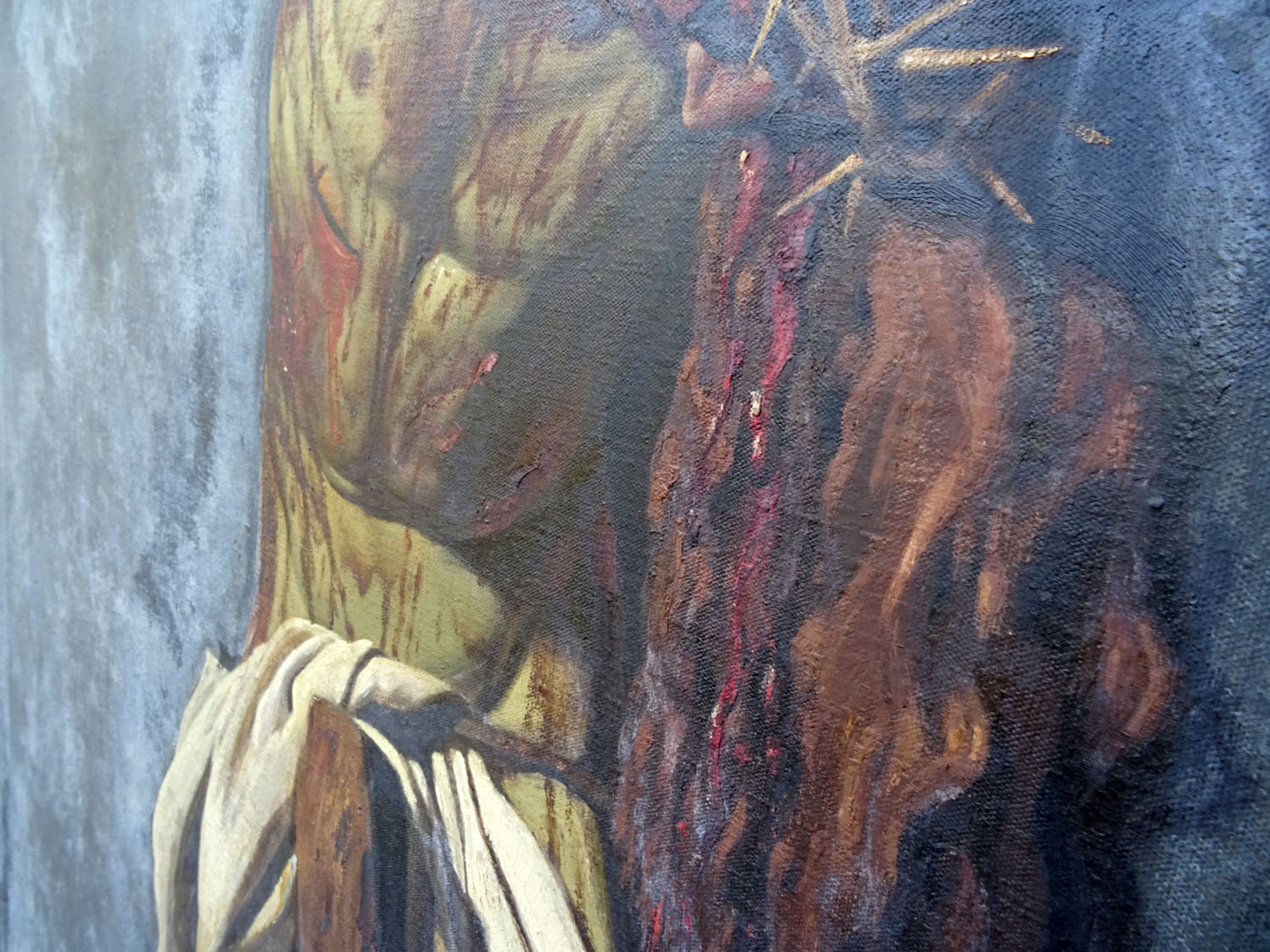 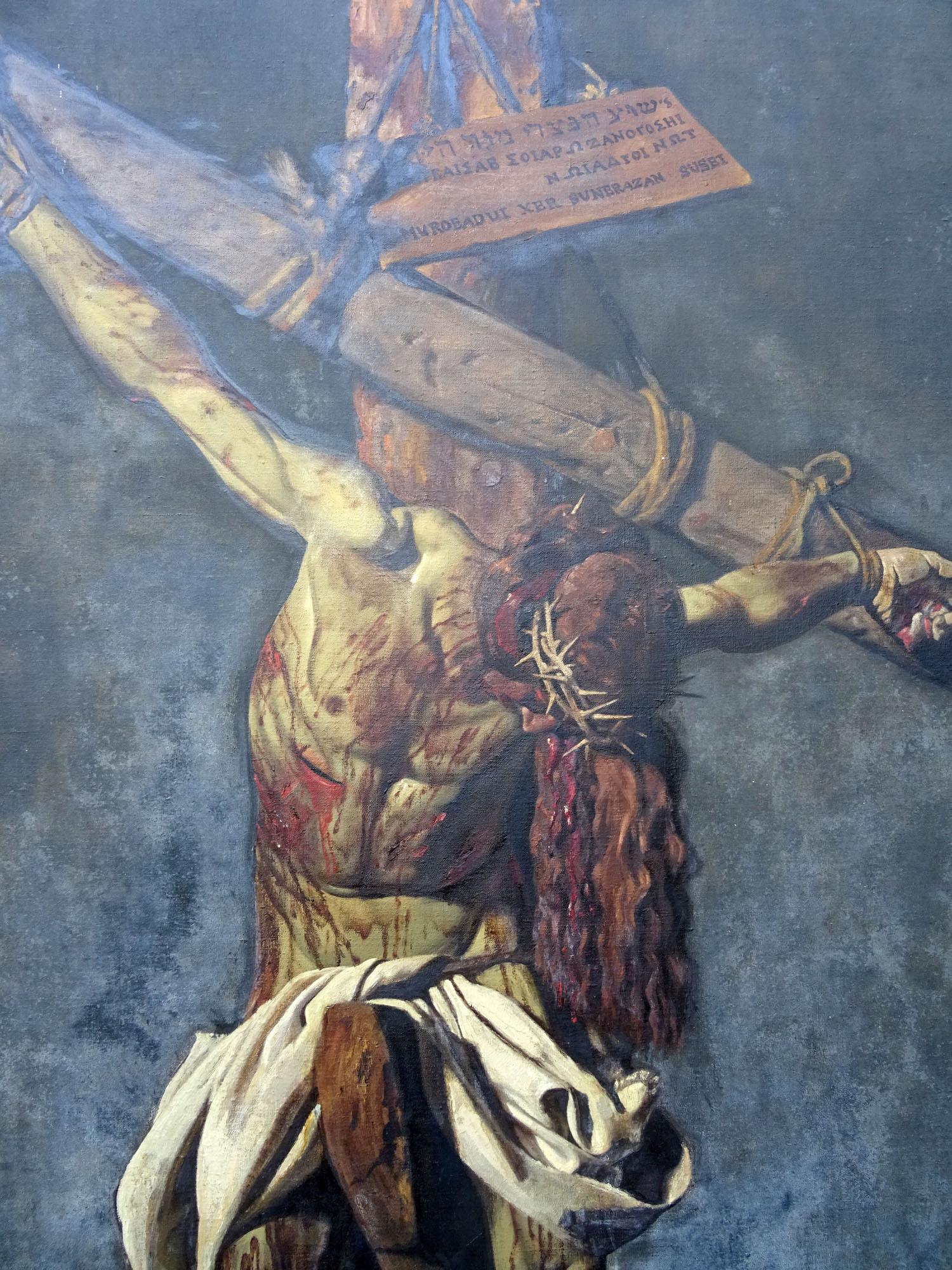 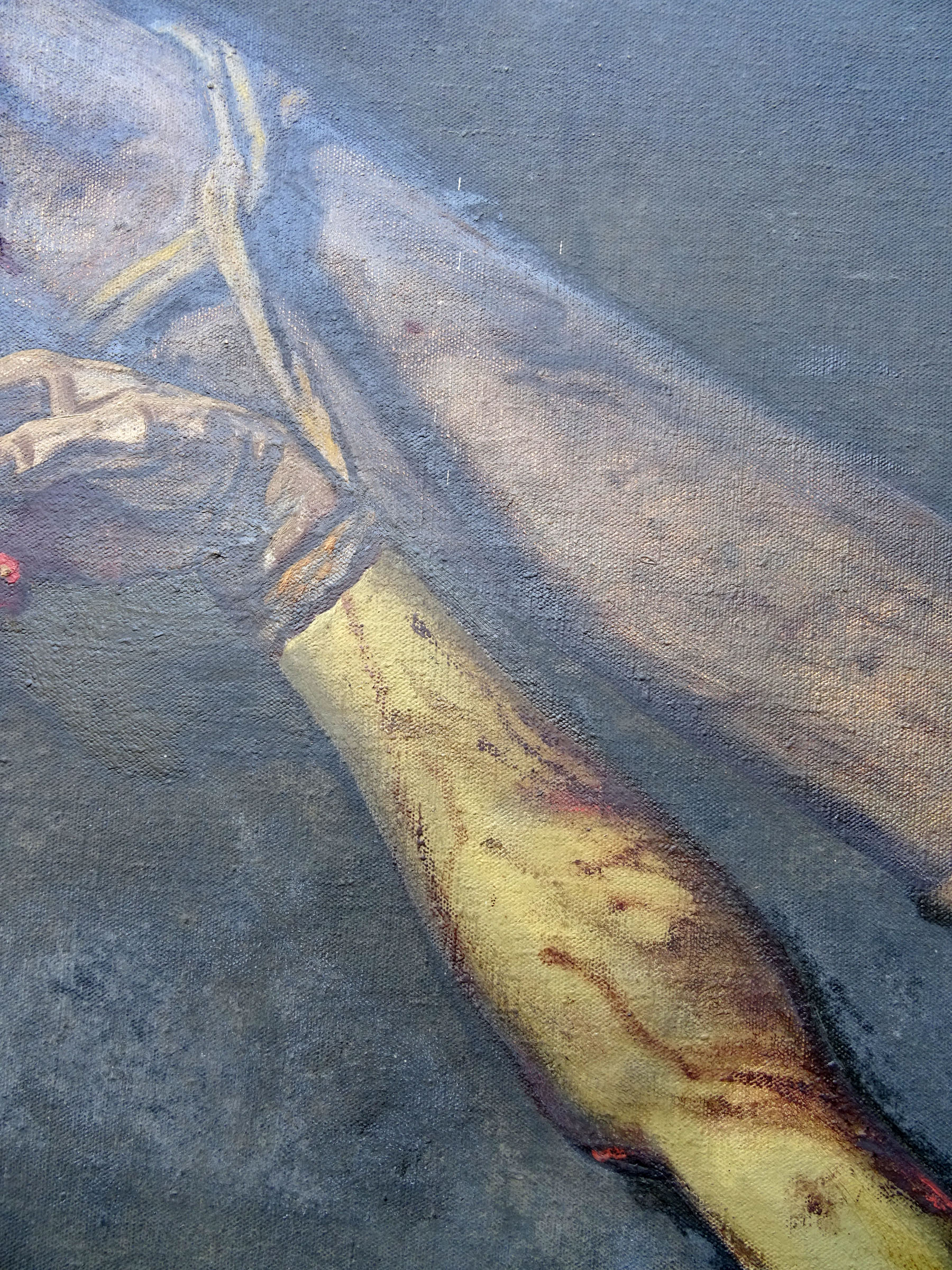 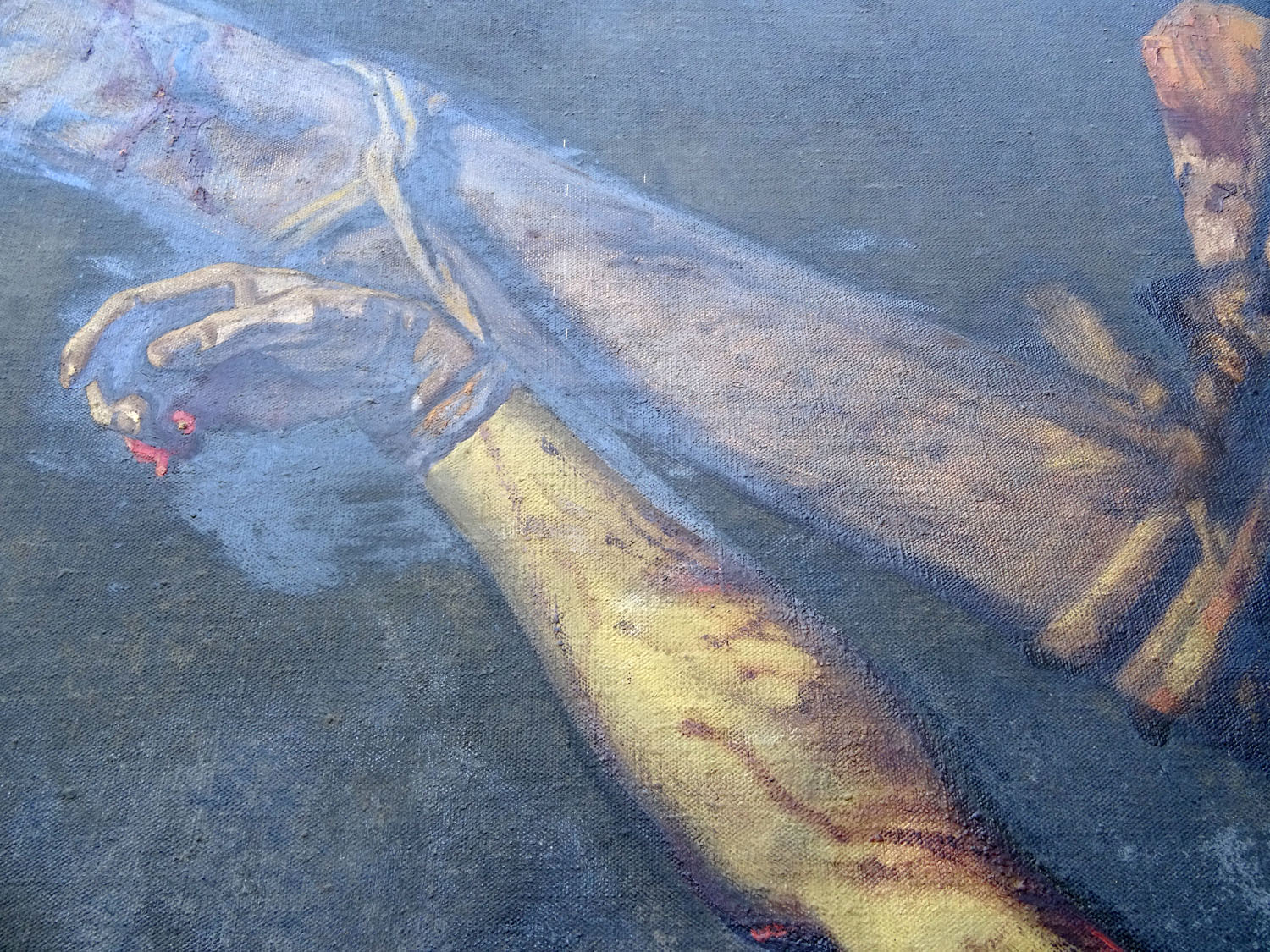 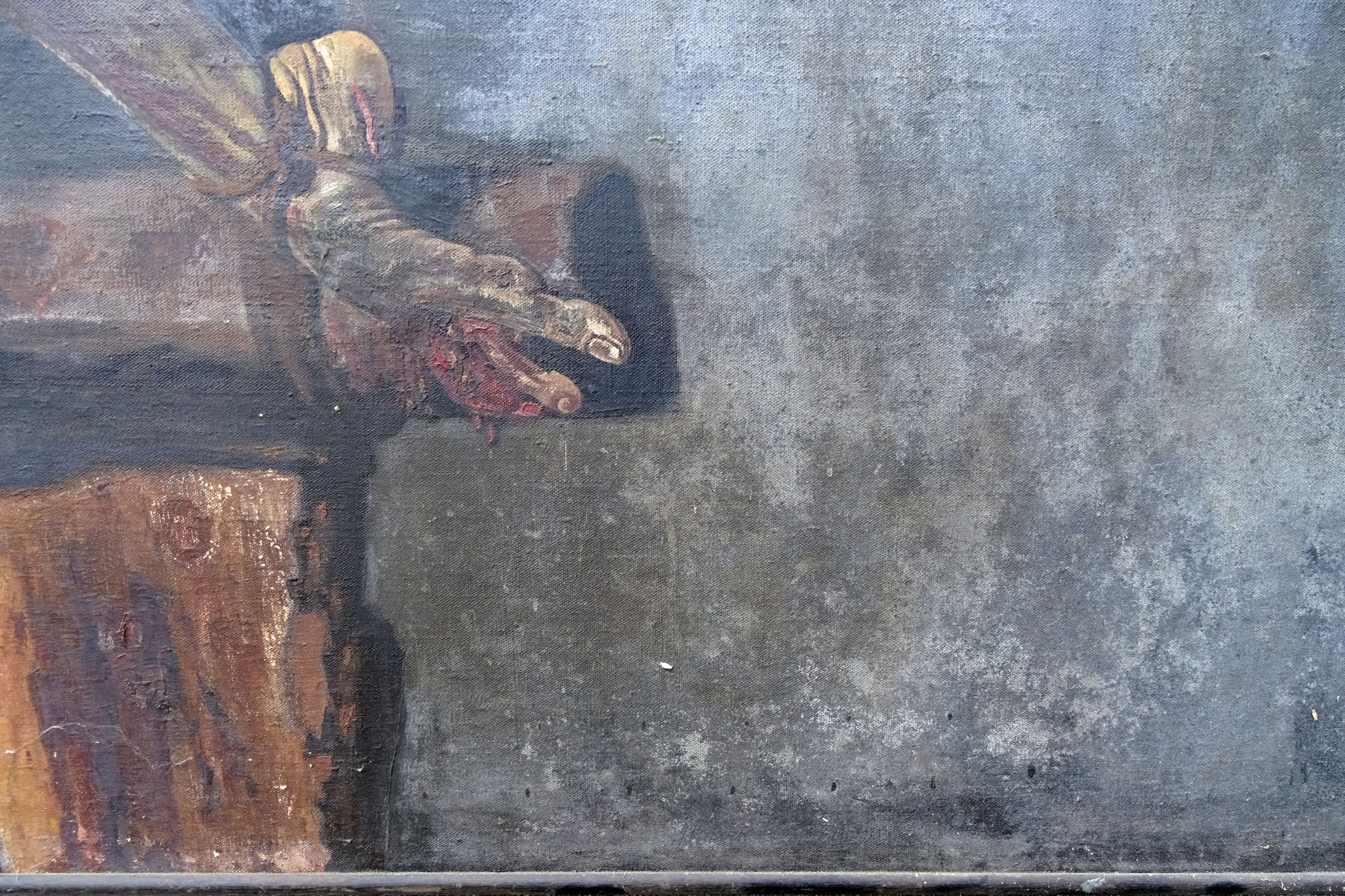 Author: Benito Prieto Coussent (1907-2001). Title: Christ on the Cross (1948). Description: oil on canvas. Unframed measurements 252x186x5 cm. Artwork in good condition with signs of age. Frame with minor flaws. The first of the four versions of the dead crucified Christ that Prieto Coussent painted and that has been in a private collection since the 1950s. The most representative work of Prieto Coussent is undoubtedly this dead crucified Christ, it is dated 1948, a painting that drastically marked his career. A work of very long gestation, it was preceded by a multitude of studies and sketches, with which the painter was never satisfied, and of which he ended up remaking and destroying in many cases. Furthermore, the painter encountered numerous and very serious difficulties that made the project even more difficult. Finally, the first version of the painting was exhibited at the National Exhibition of Fine Arts in Madrid. The social impact of the work was enormous, giving rise to a multitude of criticisms and comments, for and against, which was echoed by the national and international press. It was a crude and terrible vision of a Christ that broke with the prevailing iconography until now. Awarded with a medal, she went to a private collection in Barcelona when the author renounced the honor and the prize awarded. The second version from 1951 was exhibited at the First Biennial of Hispano-American Art in Madrid in 1952 with its current whereabouts unknown. The third version from 19060-61, called Cristo de La Paz, was exhibited in Granada at the Bibataubín Palace in 1961. It is also unaccounted for. The most famous of the four Cristos de Prieto is the so-called Cristo de Kennedy, the fourth and last version of the theme and is a tribute to the assassinated president. The painting currently presides over the Kennedy Library-Museum at Harvard University, in the USA.