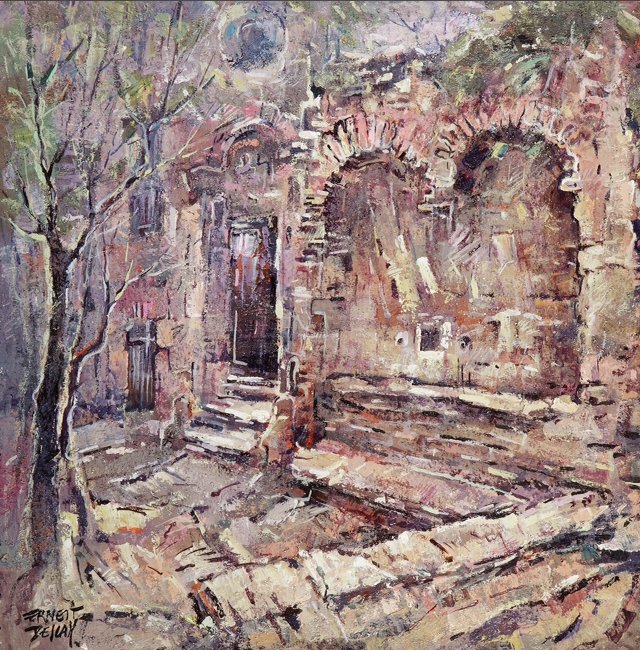 DESCALS PUJOL, Ernest (Manresa, Barcelona, 1956). "Monastery of Sant Cugat del Vallès". Mixed media on canvas. Signed in the lower left corner and titled on the back. Attach certificate of authenticity. Measurements: 73 x 73 cm. Ernest Descals has received numerous awards, including the first prize in the Army Painting Contest, held in Madrid in 1987. He has held a hundred individual and group exhibitions, and has also made posters for various associations and entities. His Artworks are part of private and official collections, including various headquarters of Autonomous Communities, Provincial Councils and Museums such as the Army Museum in Madrid.