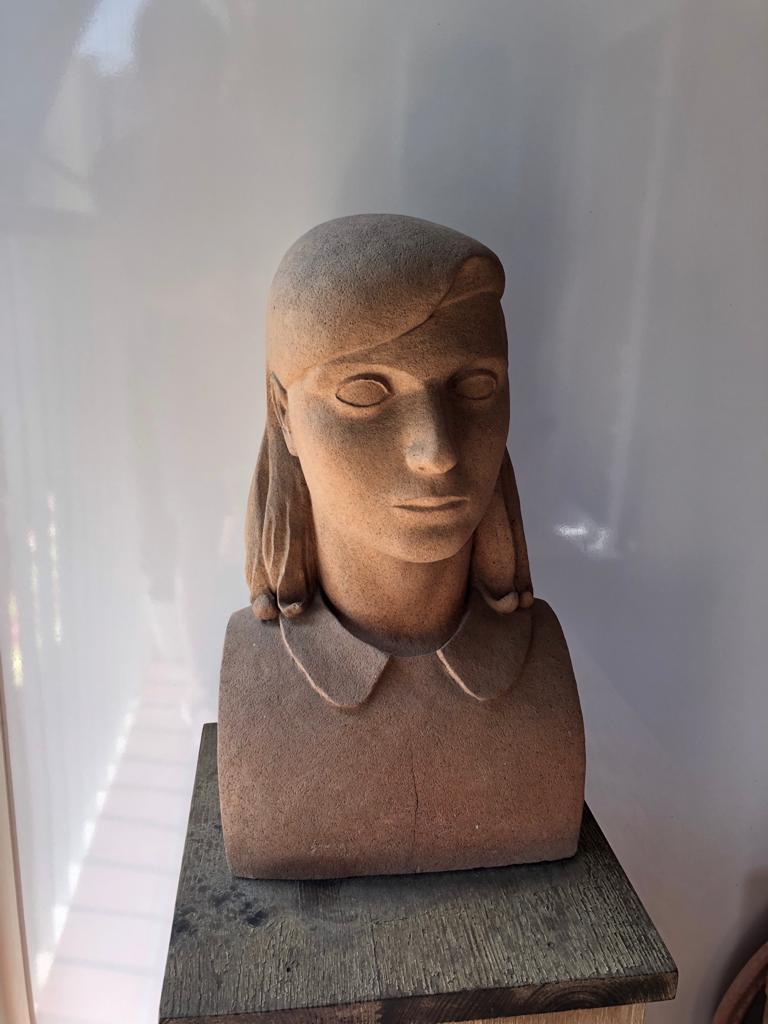 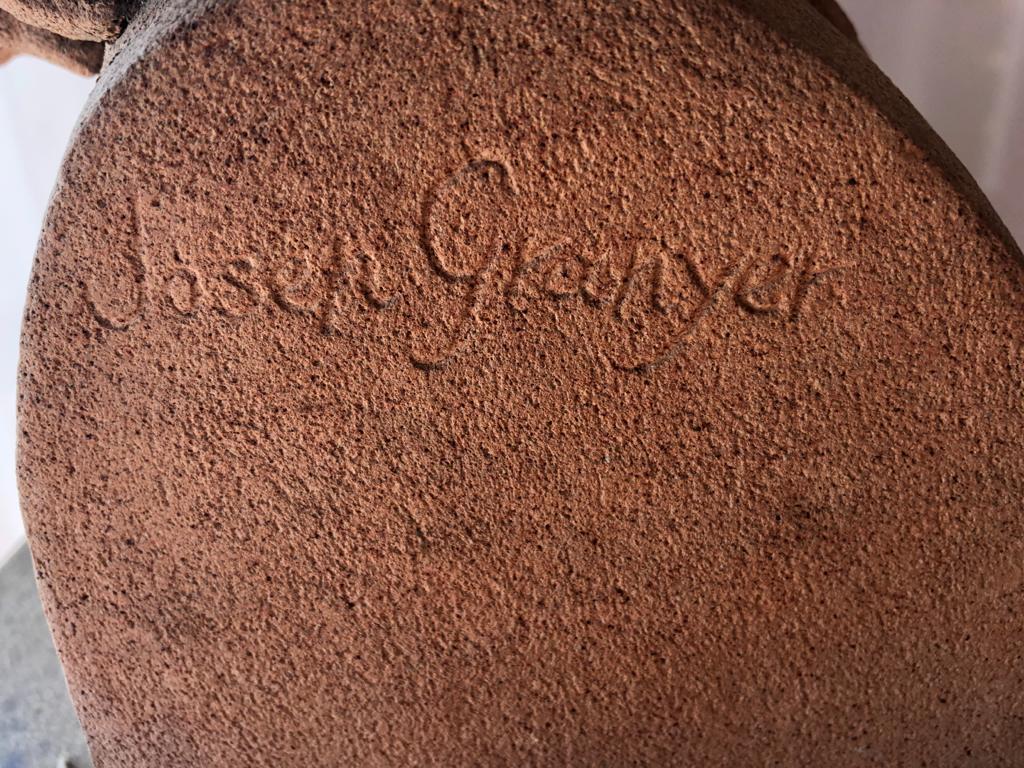 Author: Josep Granyer i Giralt ( Barcelona 1899-1983). Title: Young Noia. Description: terracotta made in 1952 by the Barcelona artist Josep Granyer. Measures 41x23x22 cm. Certificate of authenticity is attached. Work in good condition. He studied at the School of Fine Arts in Barcelona. In 1917 he founded the Los Evolucionistas group, together with sculptors such as Apel·les Fenosa and Joan Rebull, with whom he worked in his workshop, completing his artistic training. After completing his military service in Cartagena, in 1924 he returned to Barcelona where he worked in Francesc Labarta's workshop and collaborated on the decoration of the ceilings of the Sant Jordi Hall of the Palacio de la Generalitat de Catalunya. He was a great friend of Ángel Ferrant and an active member of the avant-garde of the moment, adhering to the Manifesto of the Group of Independent Artists. He made trips through Paris, London and Belgium. After the Spanish Civil War, he made an animalist sculpture in which the animals adopted human attitudes with an ironic air, an example of this are the sculptures located on the Rambla de Catalunya in Barcelona: The Sitting Bull and The Coquettish Giraffe. These sculptures were installed at the initiative of the "Association of Friends of the Rambla" and their popularity was such that one of them suffered an attempted robbery. Despite always residing in Barcelona, he regularly traveled throughout Europe, especially to Paris, where in 1957 his work "Be a poet" was acquired by the French state.2​ Between 1978 and 1981 he achieved recognition with various awards, specials on television programs such as "Signes" or admission to the Sant Jordi Royal Academy of Fine Arts. Granyer was also a prolific engraver. In 1947 he illustrated his first work, The Book of the Beasts, by Ramon Llull, twelve color etchings engraved on two plates for Ediciones de la Rosa Vera, whose collections helped spread engraving among many Catalan artists. Throughout three decades of