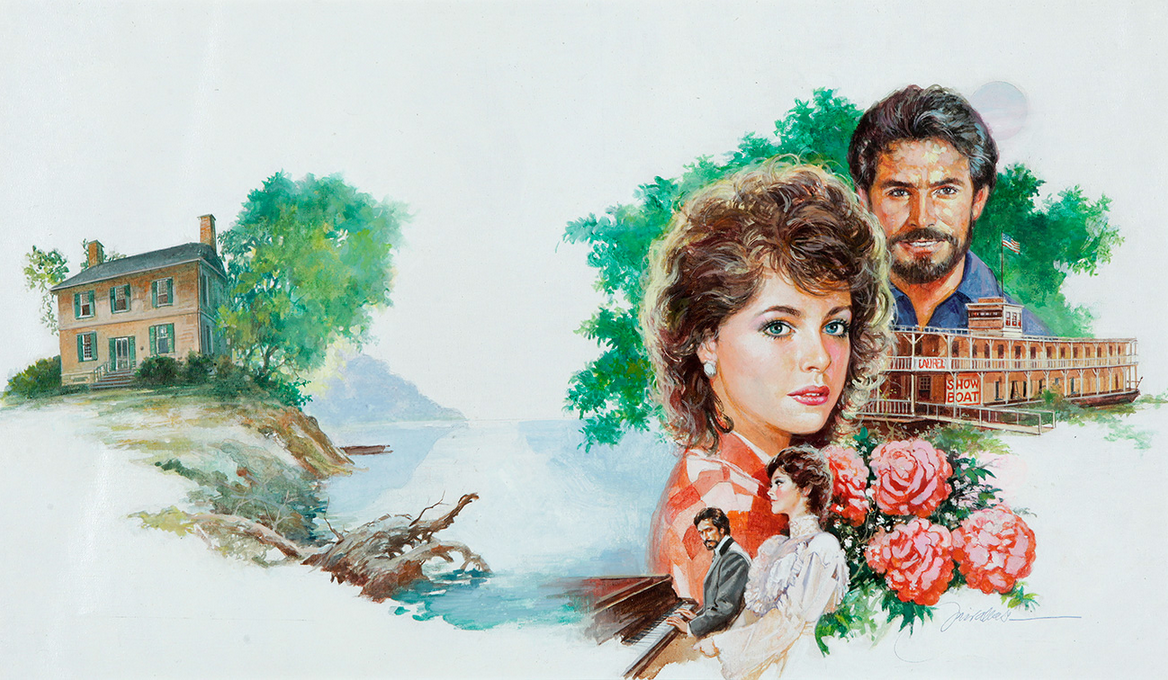 MIRALLES, Josep Maria (Manresa, Barcelona, 1937). “Love is the key”. Mixed media on canvas. Signed in the lower right corner and titled on the back. Measurements: 42.5 x 63 cm; 46 x 67 cm (paste-partout). A self-taught artist, Josep Maria Miralles began his career collaborating with "Selecciones Ilustradas" in 1953, and also drawing comics for the French publisher Artima. He would then live very productive years, drawing romantic stories for the British magazines "Valentine", "Marilyn" and "Roxy". However, more interested in color illustration, he began to alternate this activity with comics. Since the mid-1960s, he will draw comics only occasionally, including the one that appeared in the American magazine "Vampirella" in 1977: "An insult to science", with a script by Fernando Fernández, an author with whom he has shared various works. In the eighties he drew some more short stories, with scripts by Carlos Trillo, for the Toutain publishing house. As an illustrator, Miralles has worked for publishers in the United States (Dell Books, Ace Books), Spain (Afha, Plaza & Janés, Toray, Martínez Roca) and France (Hachette, Reader's Digest). Likewise, throughout his career he has also cultivated painting, and has exhibited his paintings on several occasions.

This auction has not started yet