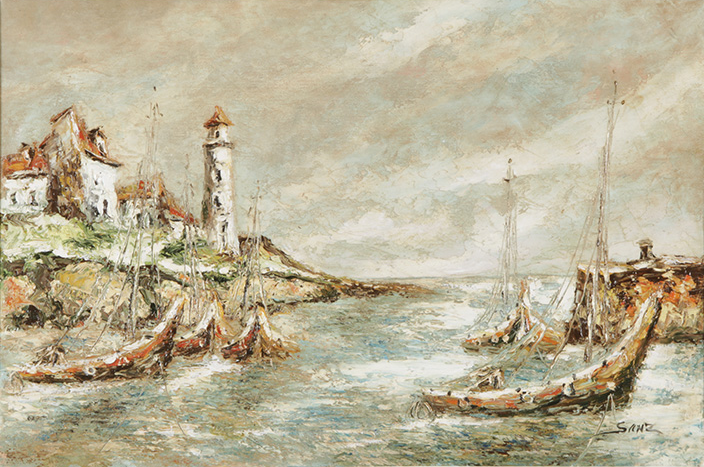 SANZ PARRIAGO, Francisco (Madrid, second half of the 20th century). “Coastal landscape”. Oil on canvas (without frame). Signed in the lower right corner. Measurements: 42 x 61 cm; 51 x 72 cm (cardboard frame). Born in Madrid, Francisco Sanz Parriago developed his training at the San Fernando School of Fine Arts. Later he was awarded a scholarship to further his studies in Paris. Permanently settled in France since then, he has held various exhibitions of his Artwork, in addition to taking part in official competitions, being awarded prizes and honorable mentions on several occasions.