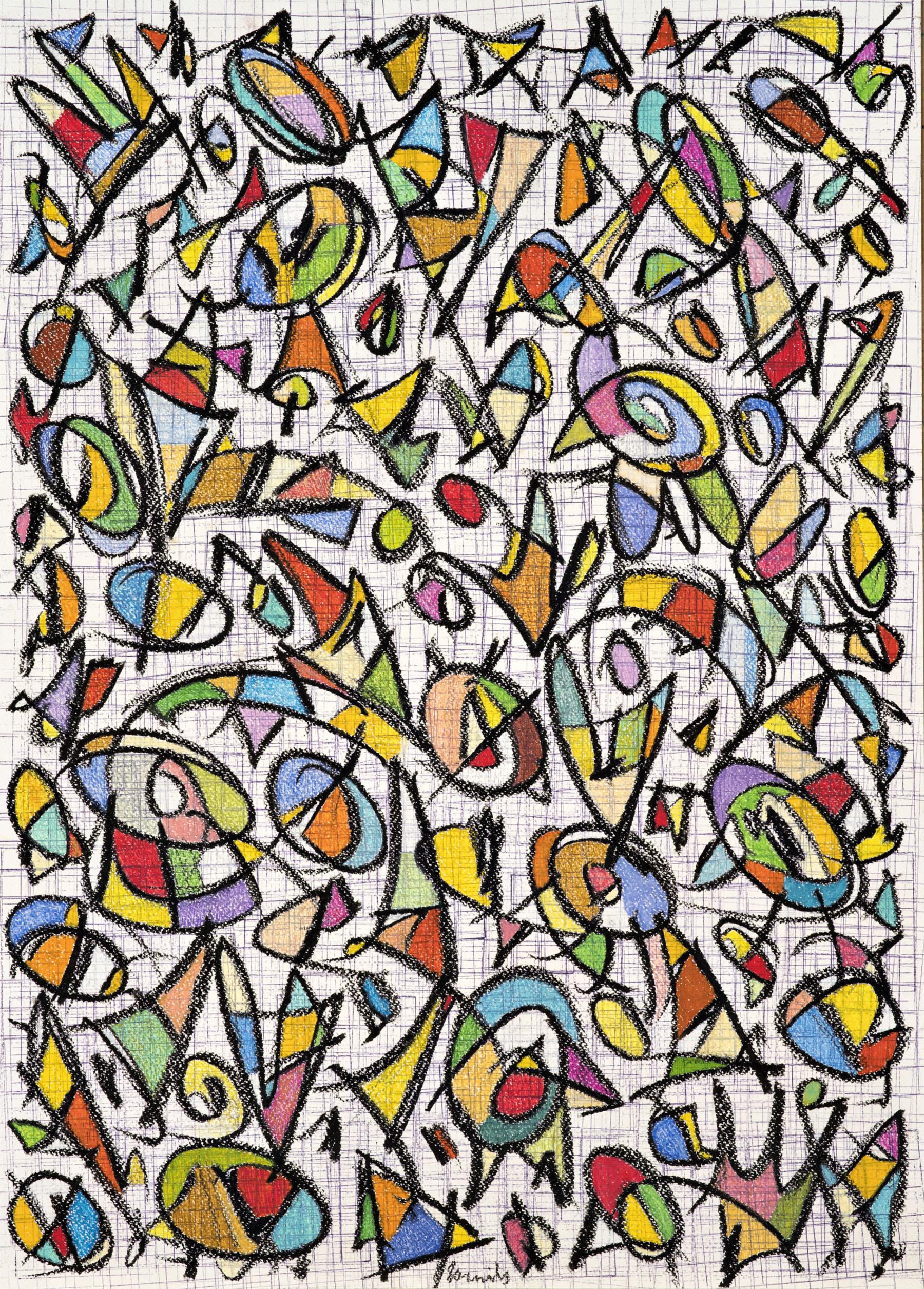 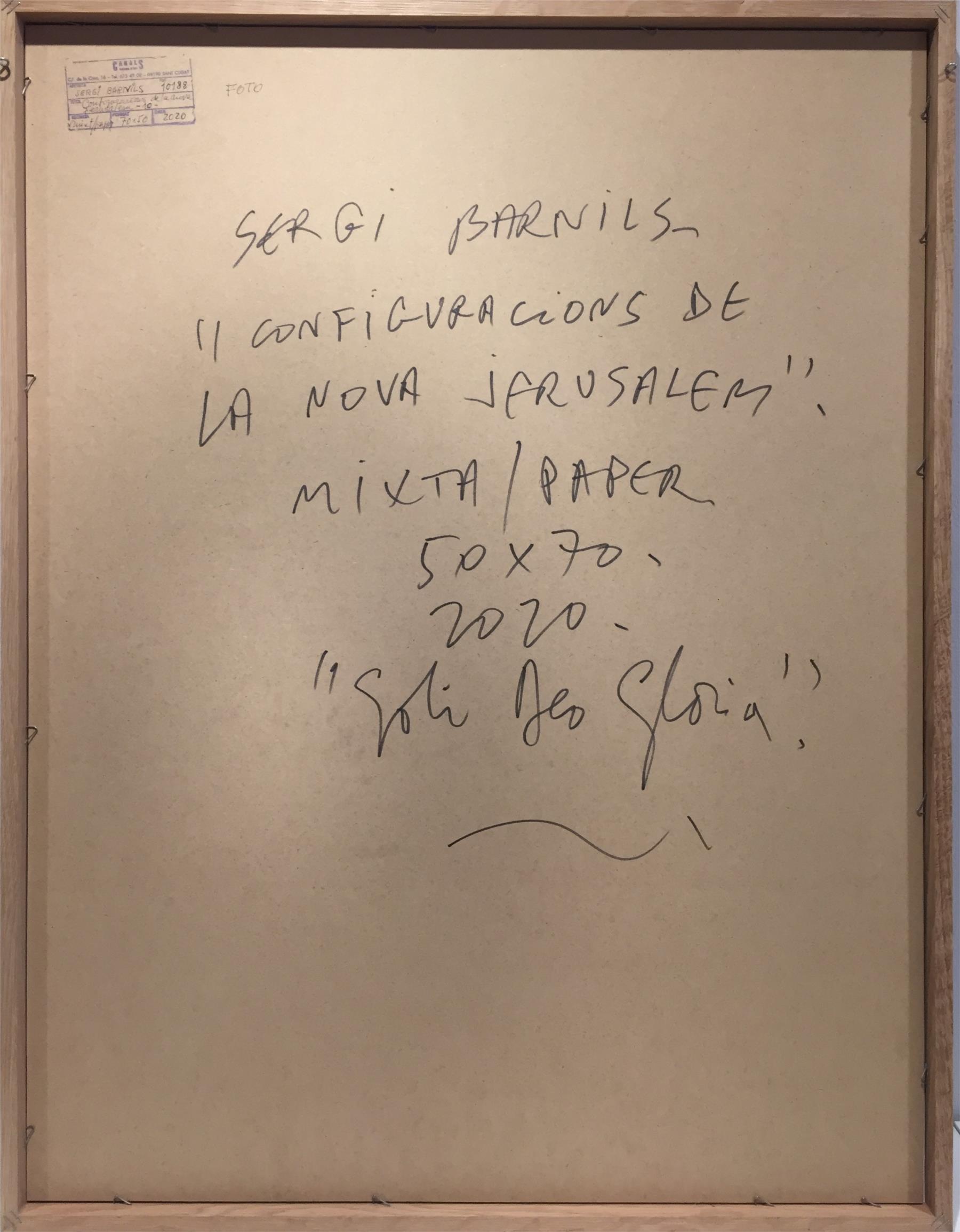 Author: Sergi Barnils (Bata - Equatorial Guinea-1954). Title: Configurations of the Nova Jerusalem_ 10. Description: Mixed media on paper made in 2020 by the artist from Sant Cugate, Sergi Barnils. Measurements without frame 70x50 cm. Certificate of authenticity is attached. Artwork in good condition. Sergi Barnils is one of the artists from Sant Cugat who, during the 1990s, became known mainly in Italy and Germany. Barnils Artworks between Sant Cugat, Tossa de Mar and Milan (Italy), where he has an open Artworkshop. Canals, Galería d’Art made it known in the early 1990s. His pictorial language is based on the most primitive roots and forceful colors, his attraction to the landscape in the initial stages, is transformed into an abandonment of representation, to develop a spatial synthesis. A dialogue between drawing, geometry and symbolism, where you can see the sources of our tradition, especially the medieval world. Artworks that he elaborates with a patient and meticulous technique, of superimposition of layers with transparencies, of scratching and scratching. His Artwork is found in numerous museums and private collections in Germany, Italy, Austria, Holland, among others, and he has held numerous exhibitions.