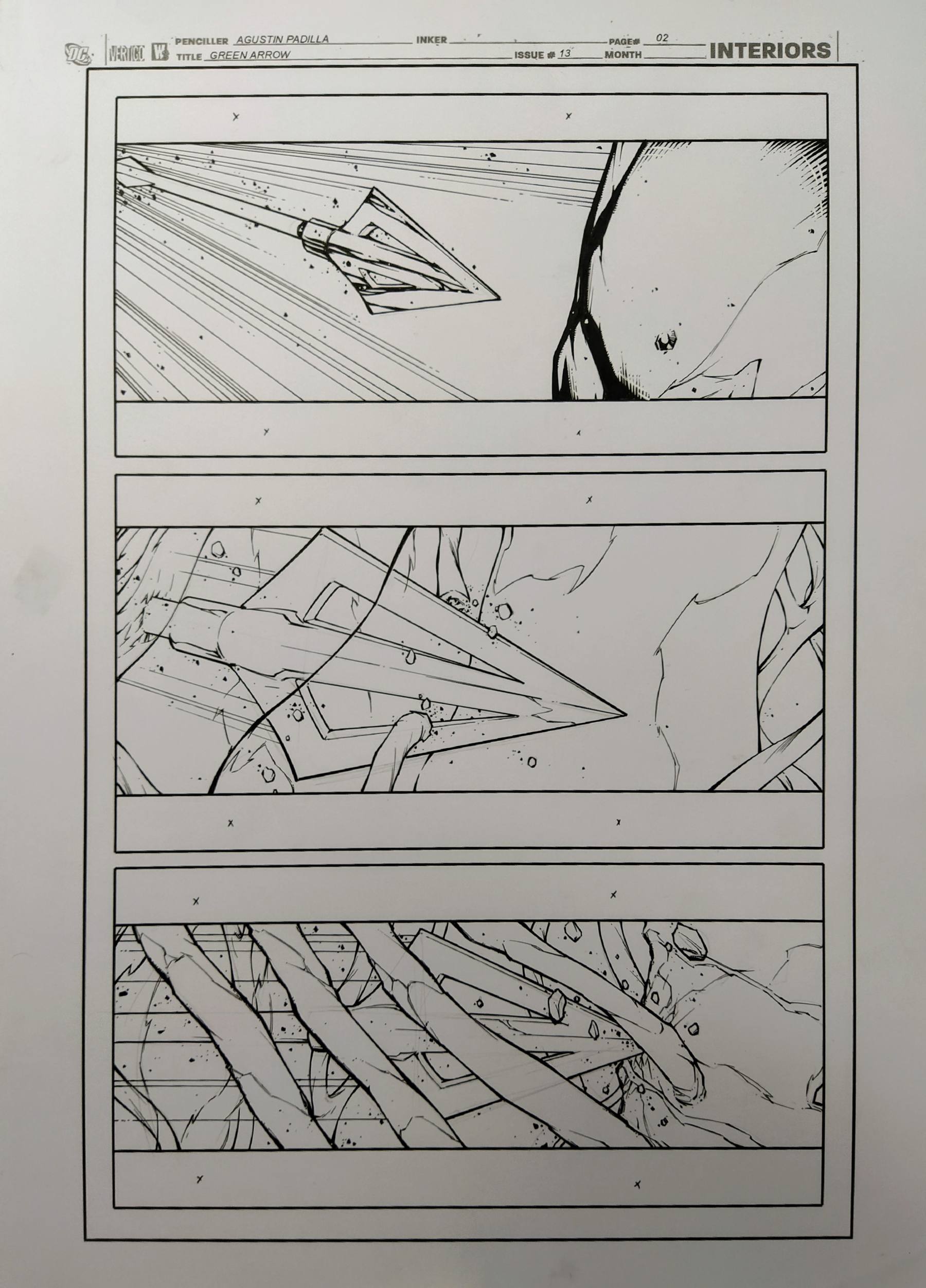 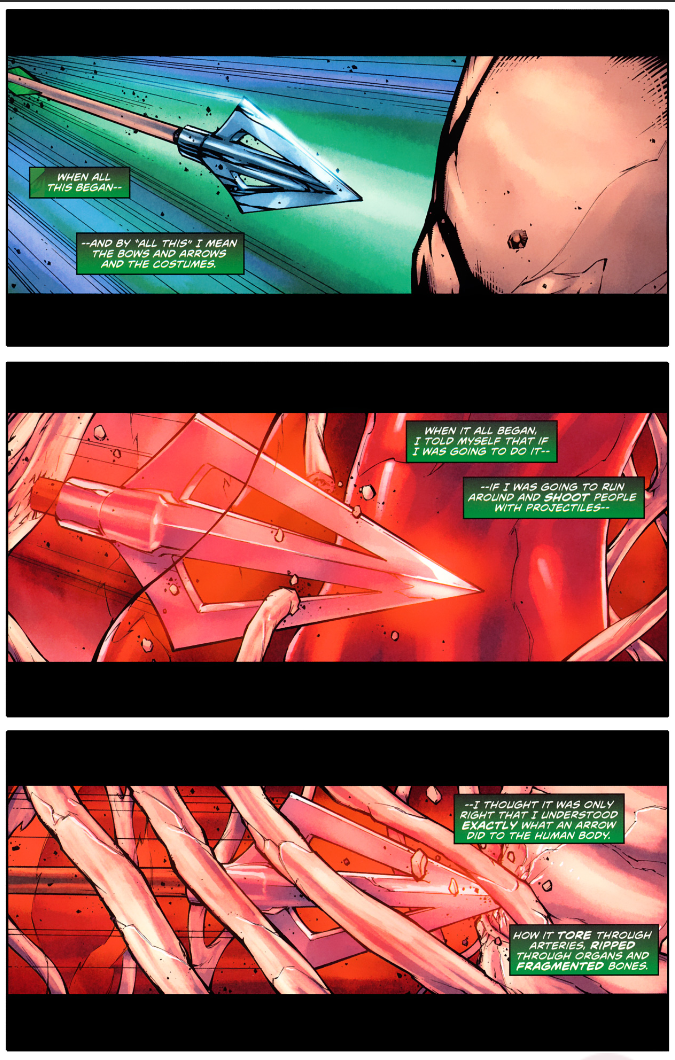 Agustín Padilla (Spain 1975). "Green Arrow (II) Number 13, page 2" (2011). Original page in pencil and ink, for the "Green Arrow" comic. The comic is not attached, the color photos correspond to the publication of the comic. Series that follows after Green Arrow/Black Canary and the events in Justice League: Cry for Justice and Justice League: Rise and Fall. With Star City still decimated by Prometheus, a new forest comes to life at the center of all the destruction by the White Lantern Ring. Green Arrow has been banished after murdering Prometheus and now lives within this forest acting like a modern day Robin Hood. Meanwhile, Queen Industries has been bought by someone calling herself 'Queen', who vows to rebuild the city and begins enacting her own police force. Agustín Padilla, a cartoonist from Malaga who began in fanzinism pending in the comic book market (Exodus) and who later settled in the US market, debuting there in 2009 with GI Joe, and later collaborating on titles such as Star Trek, Captain America, Batman, Hulk, Avengers, Green Arrow or Wonder Woman. More recently, he has also worked on heroic fantasy series, such as the comic book adaptation of fantasy writer R.A. Salvatore's work.