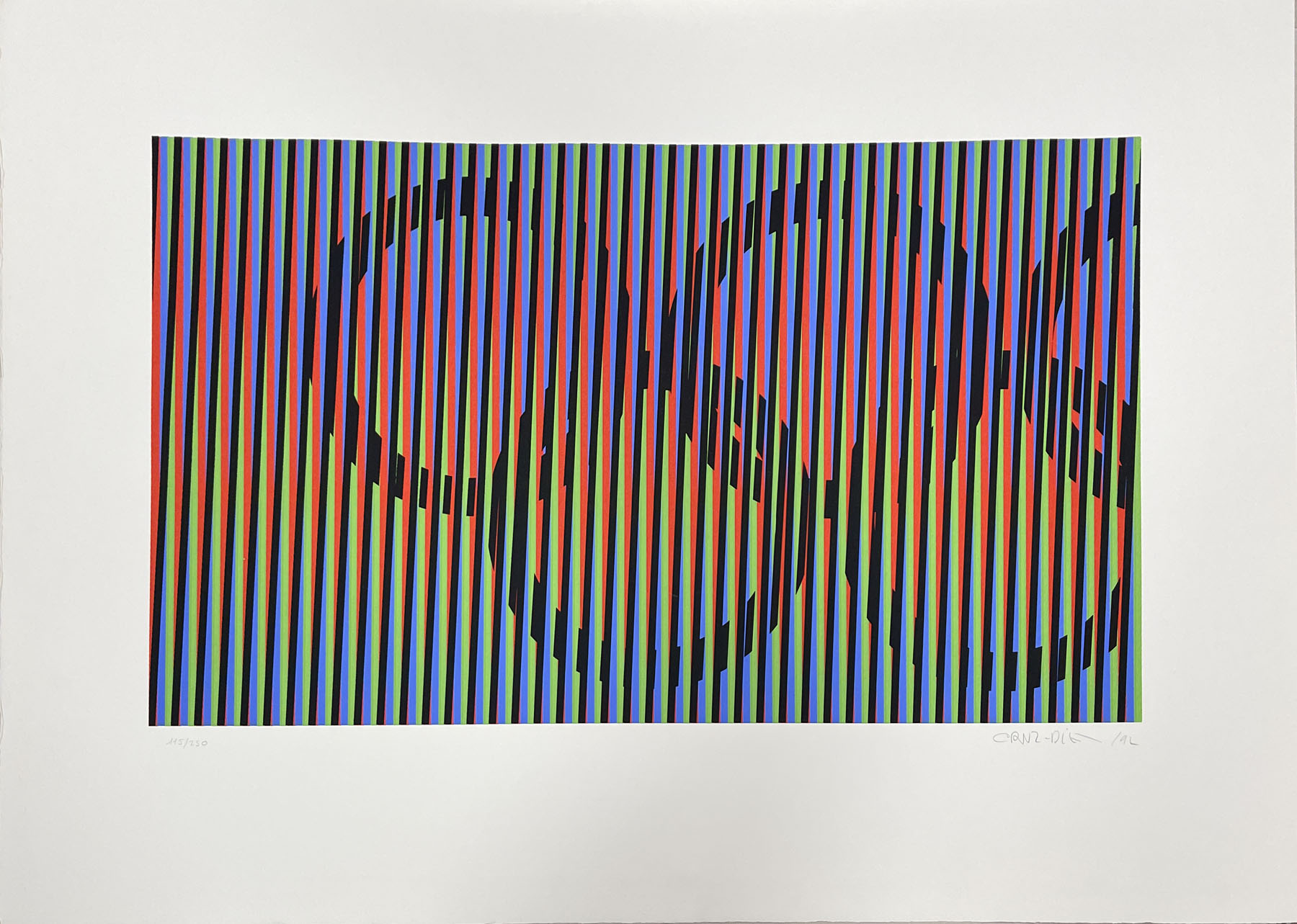 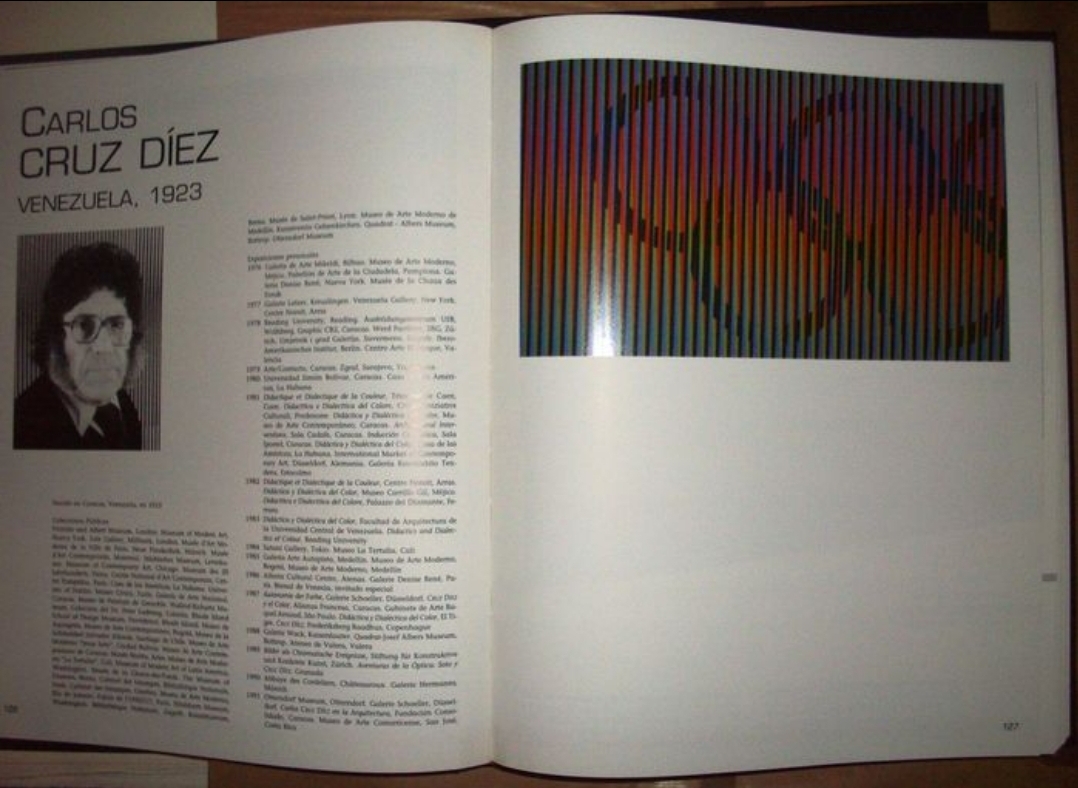 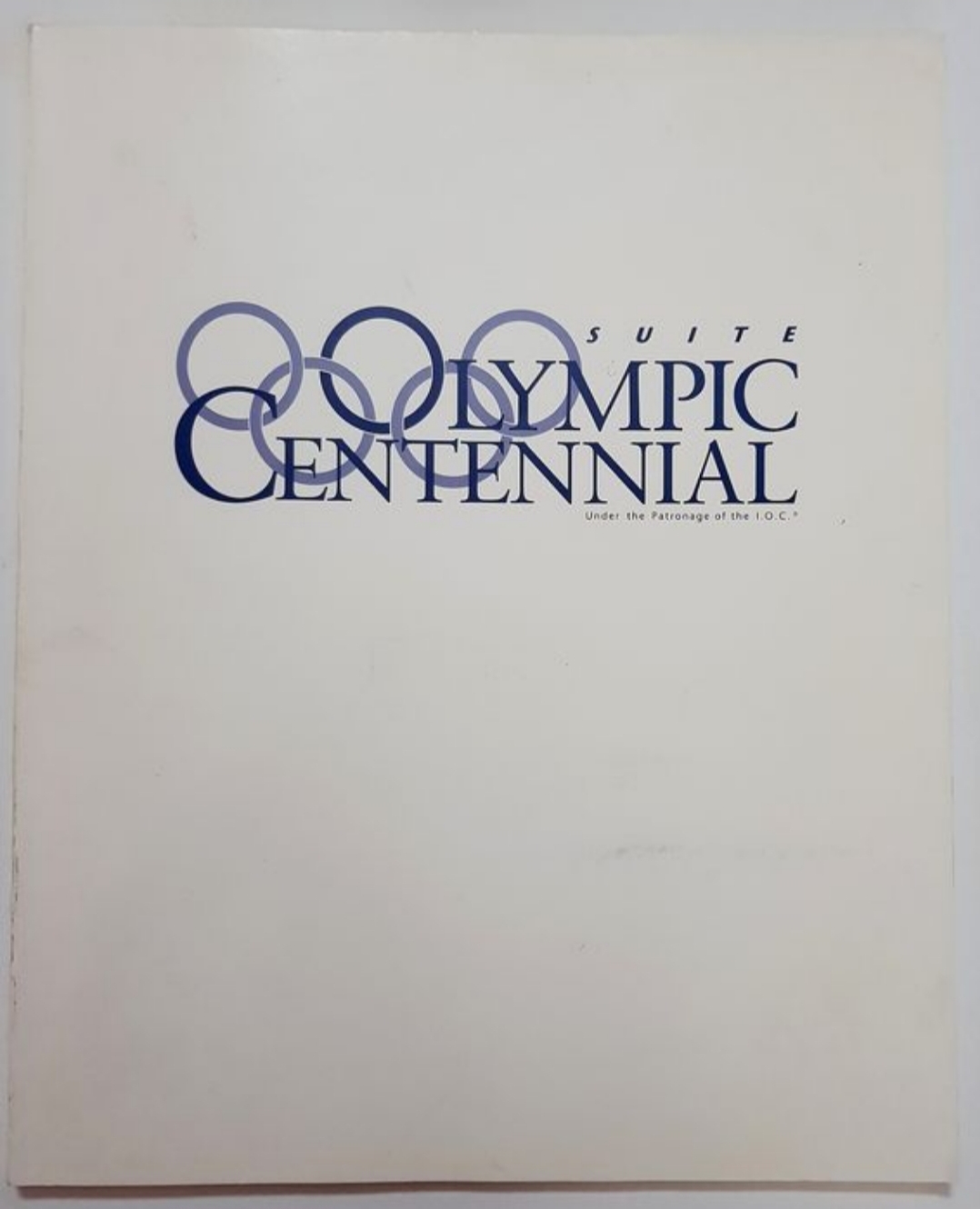 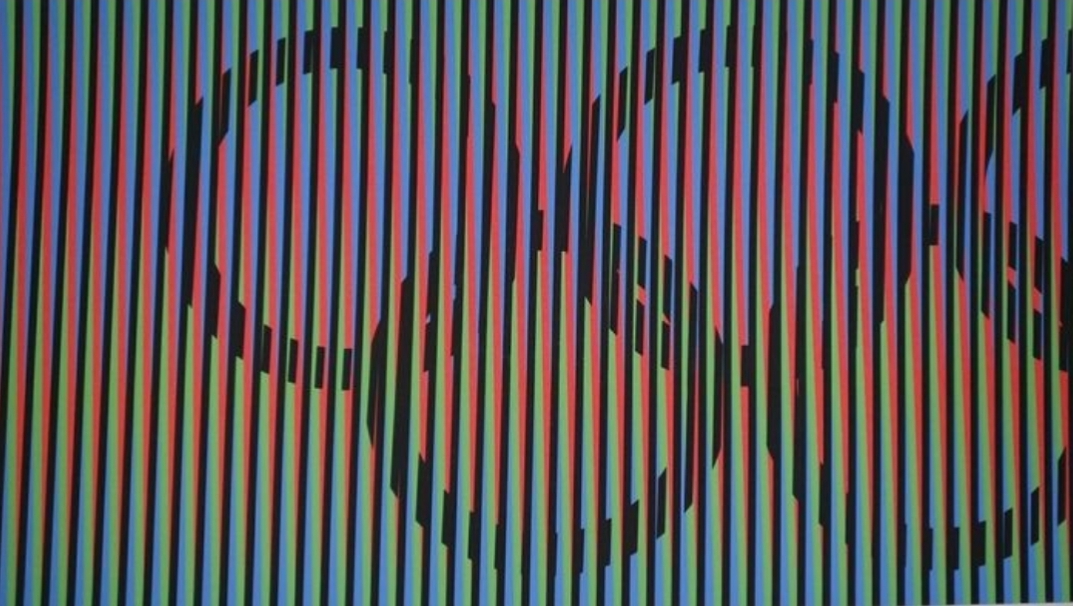 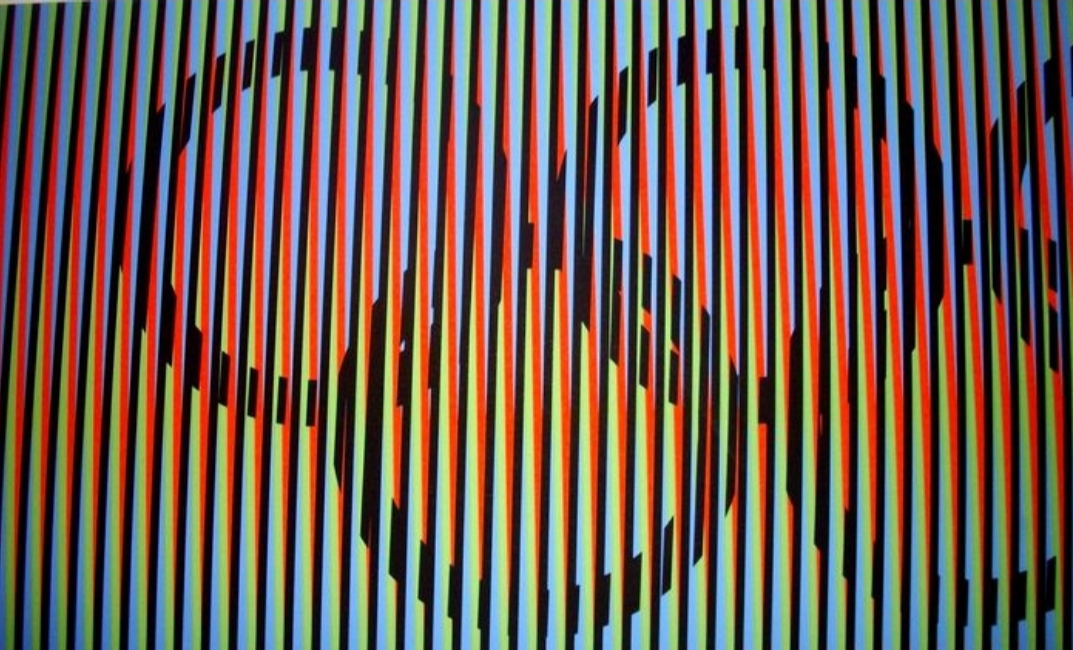 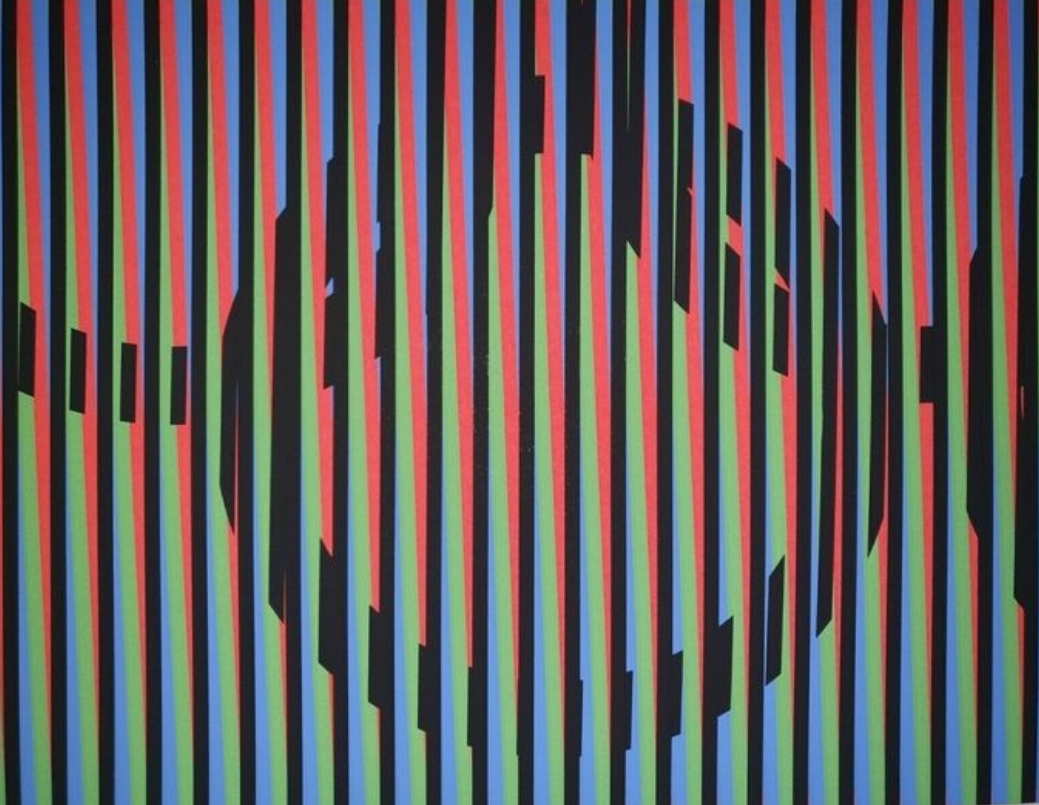 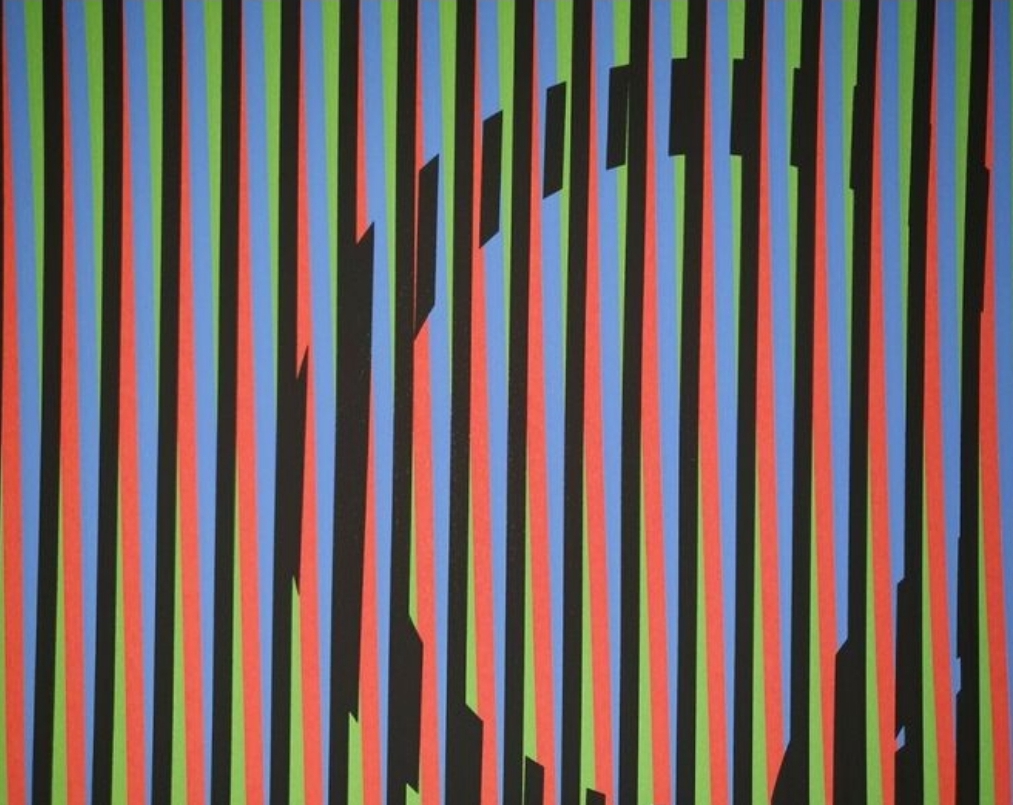 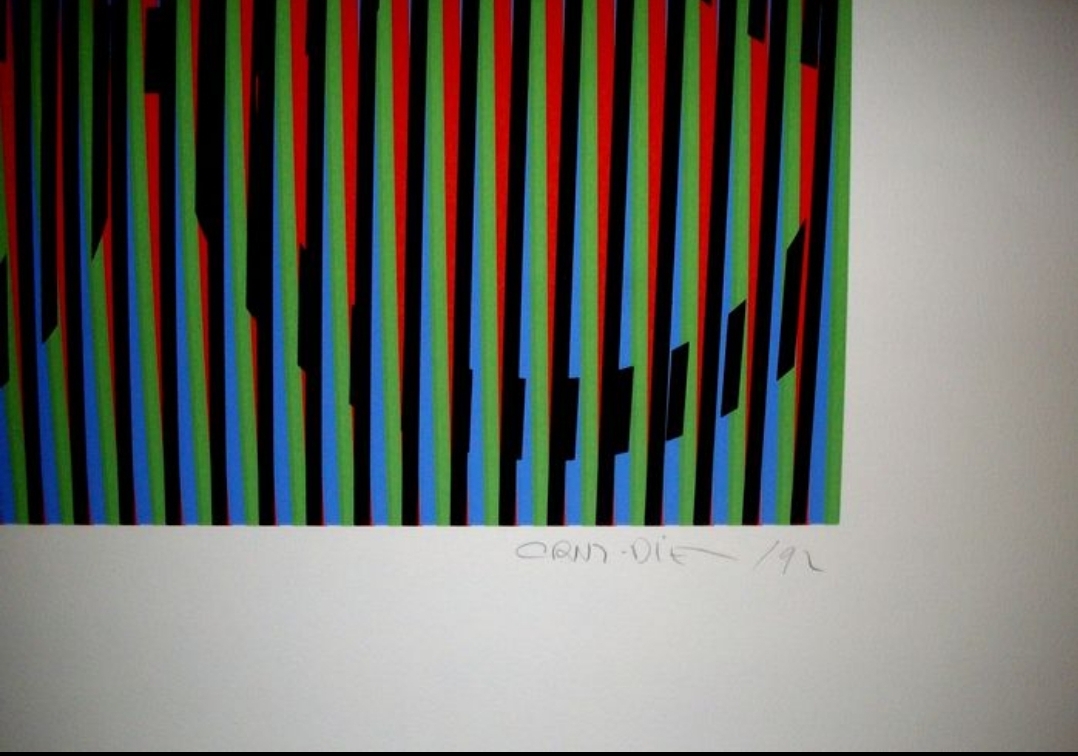 Author: Carlos Cruz Diez. Title: 1992 Olympic Centenary. Description: Serigraph on Archés paper signed by hand and numbered in pencil /250. Measurements without frame 90x63 cm. Edited by the International Olympic Committee (IOC). Cataloged Artwork, a copy of the catalog is attached. Artwork in excellent condition. The Olympic Suite is made up of 50 lithographs and serigraphs chosen to represent various contemporary artistic trends. The selection was made by Gerard Xurriguera and the art critic Francis Parent. It was published to commemorate the first centenary of modern Olympism. The chosen artists Artwork in very diverse movements and styles, from the hyperrealism of Antonio López to the abstraction of Sol Lewitt, passing through abstract expressionism, geometrism, conceptual art, pop art and others. Among the artists represented there are creators of great international projection, widely recognized by critics, such as Zao Wou Ki, Sol Lewitt, Antoni Tàpies, Eduardo Chillida, Antonio López or Rafael Canogar. The complete collection has been exhibited on several occasions throughout the national territory. Its inauguration took place on June 29, 1992 at the Colet Museum in Barcelona. Once the exhibition was finished, it was transferred to EXPO 92 in Seville, where it could be enjoyed by all. It was then rotated through various museums and institutions until it ended up in the Permanent Collection of the Olympic Museum in Lausanne, where it remains.