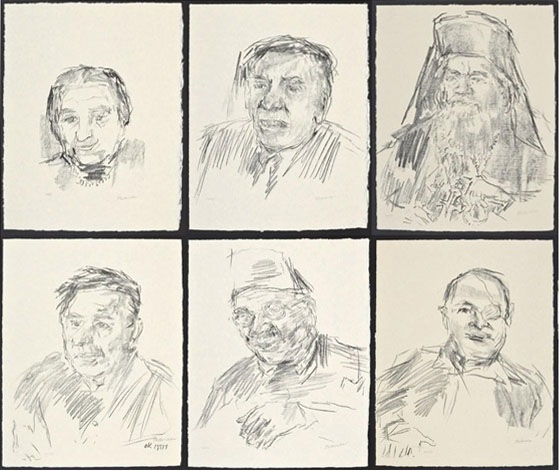 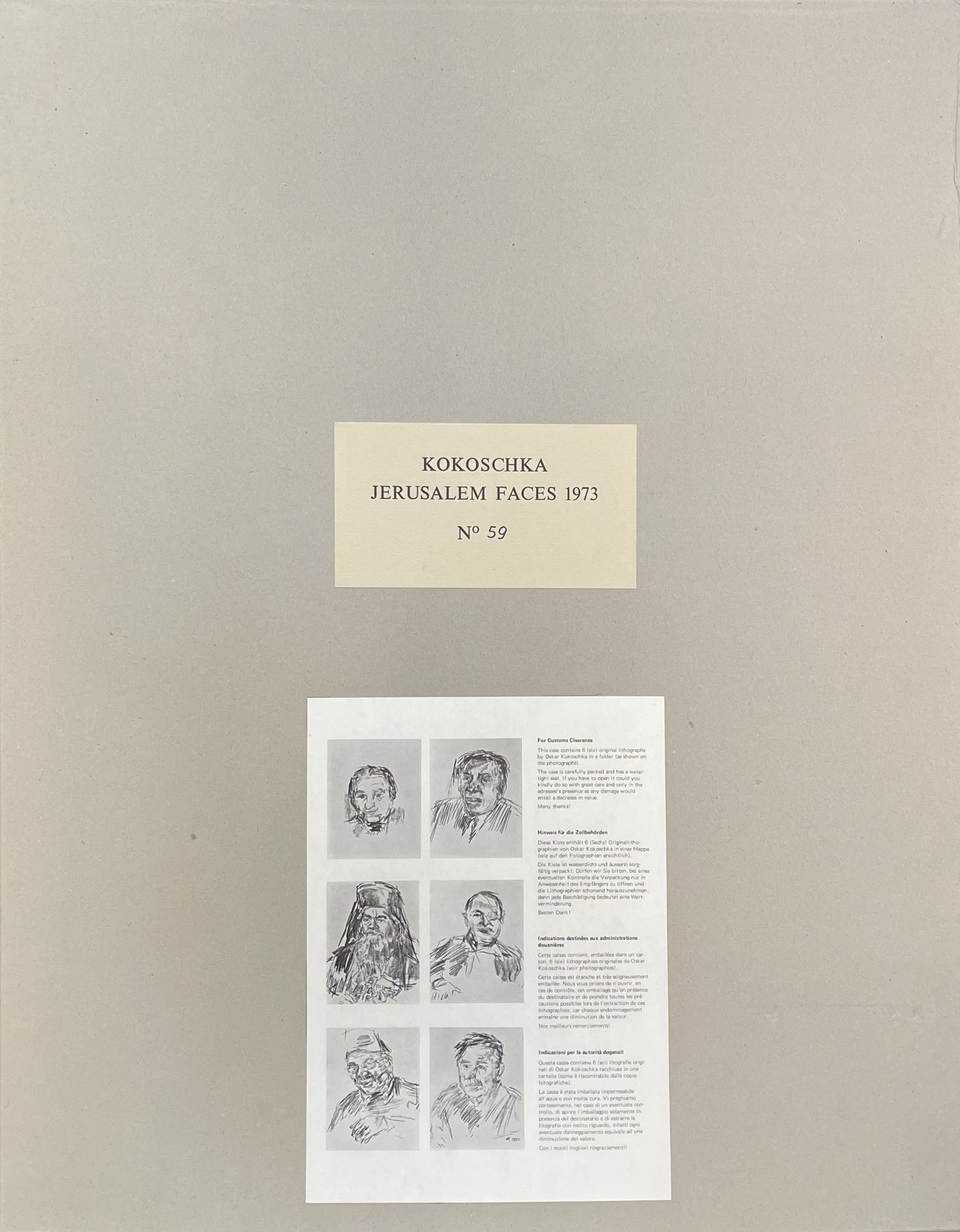 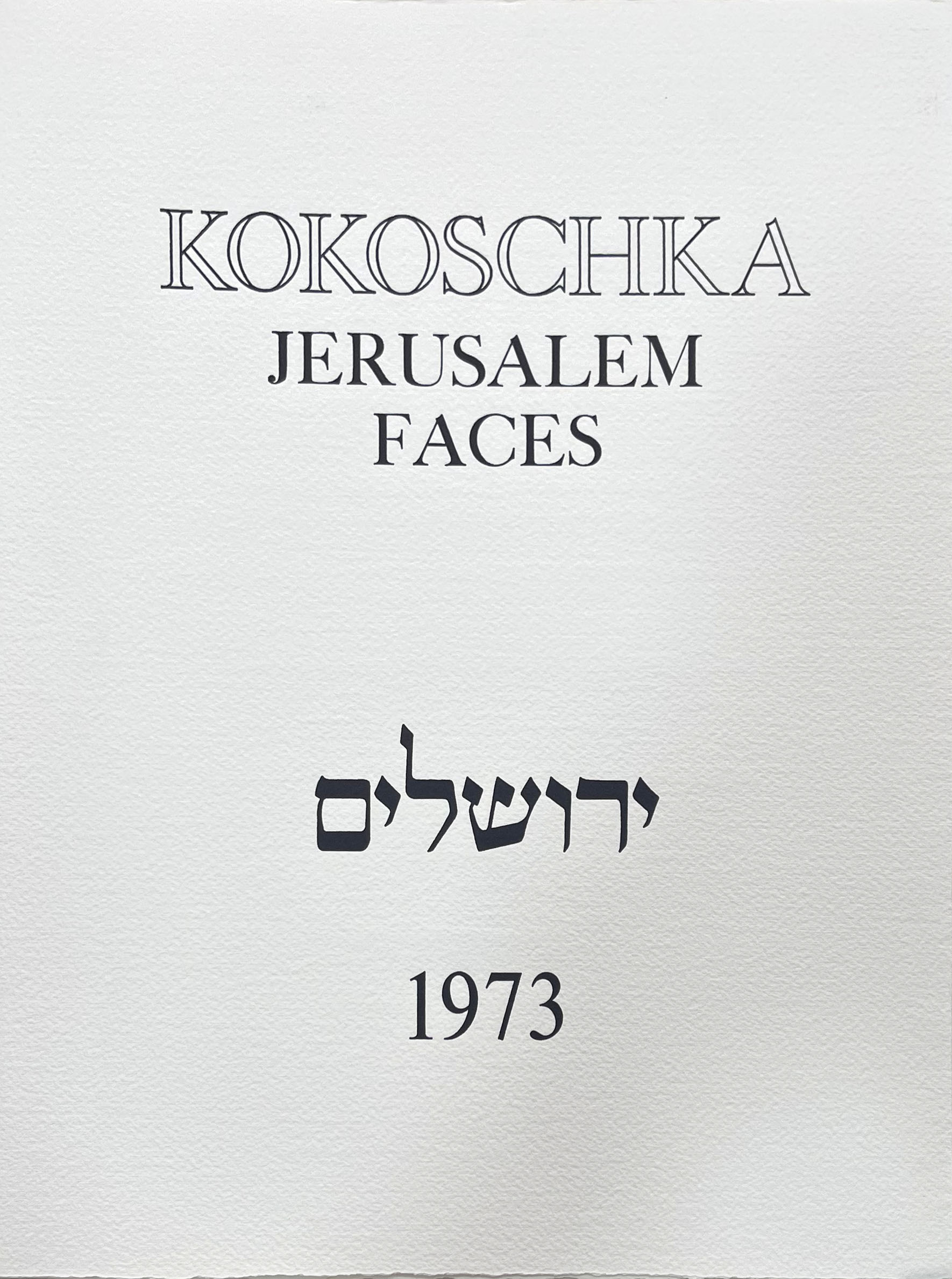 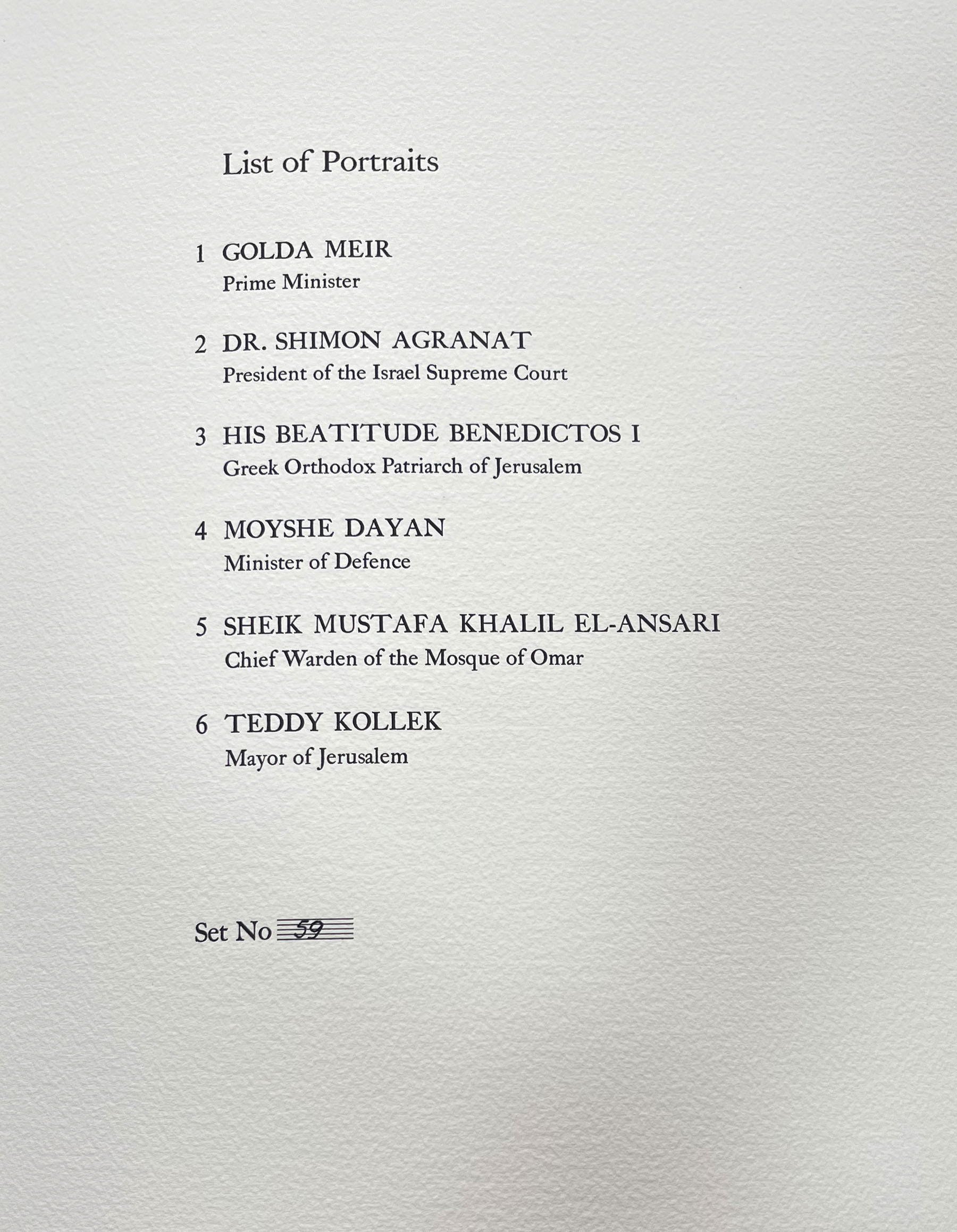 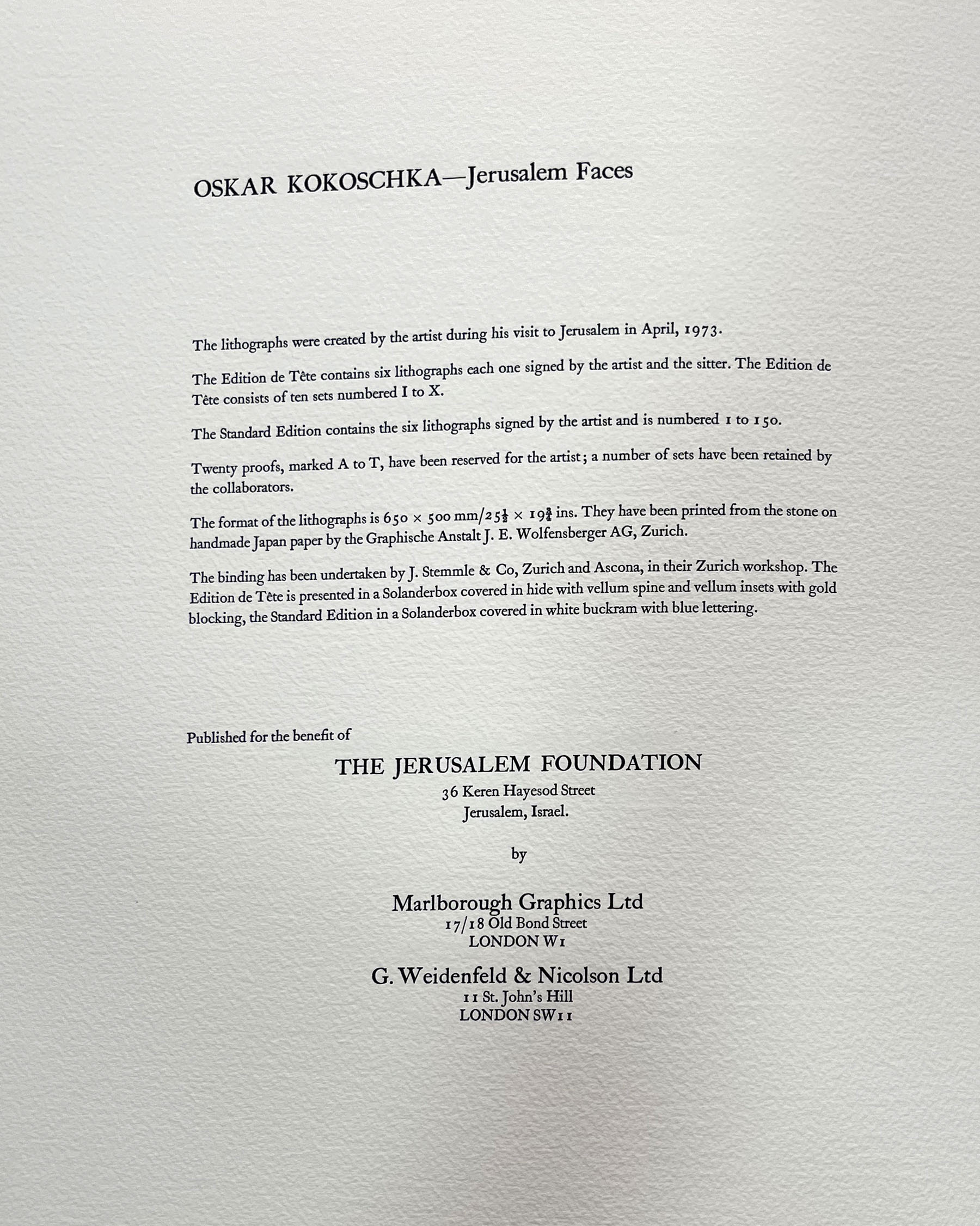 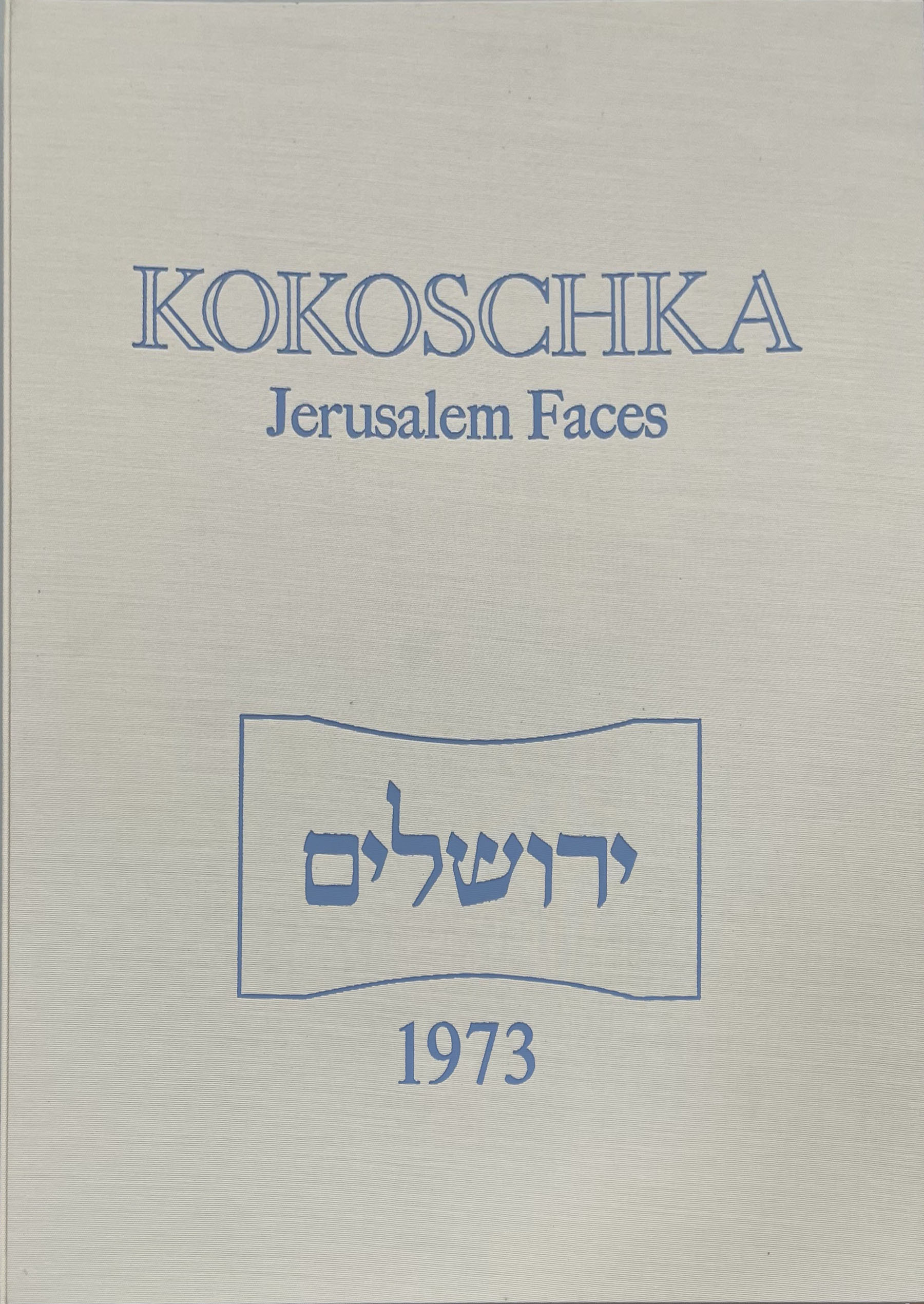 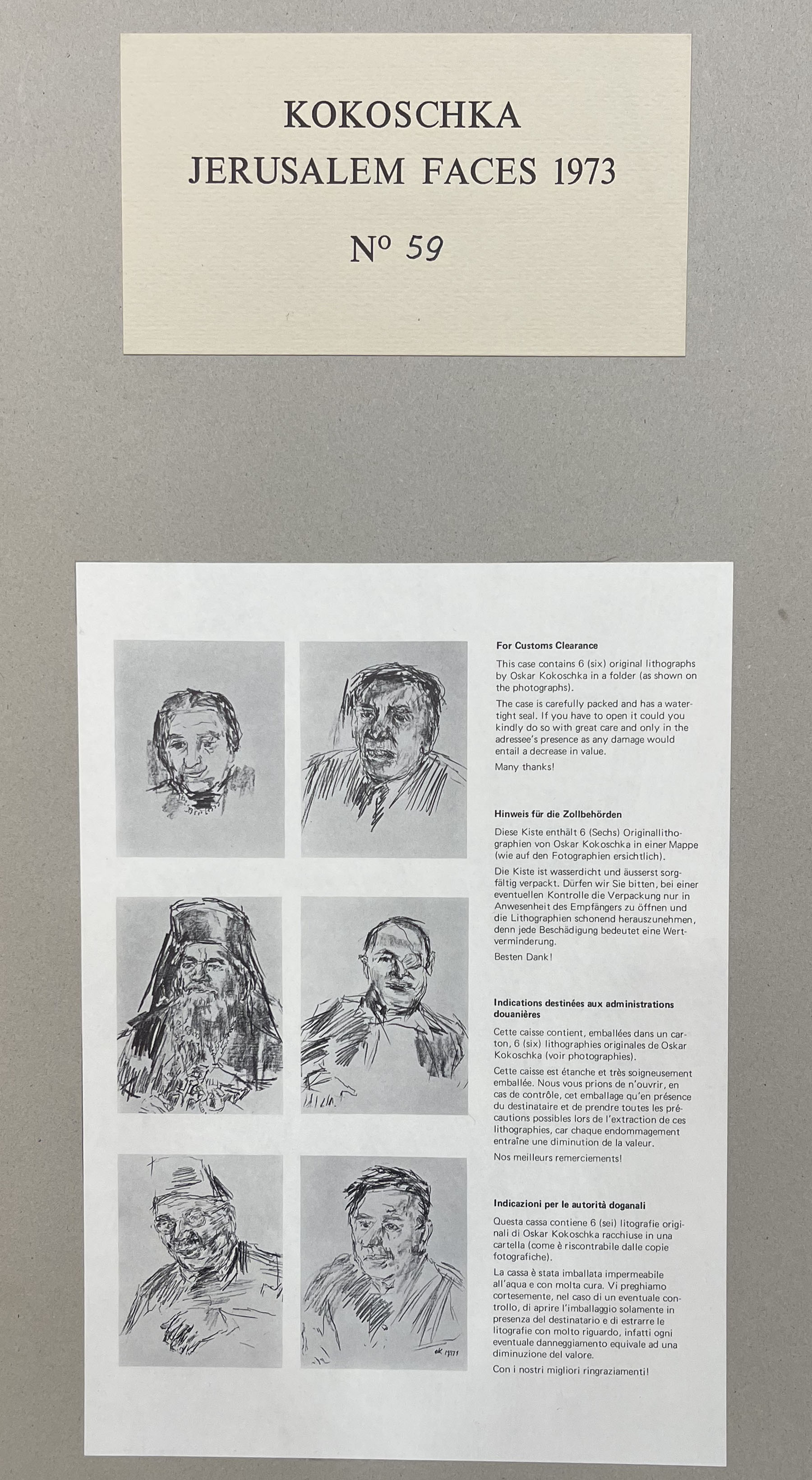 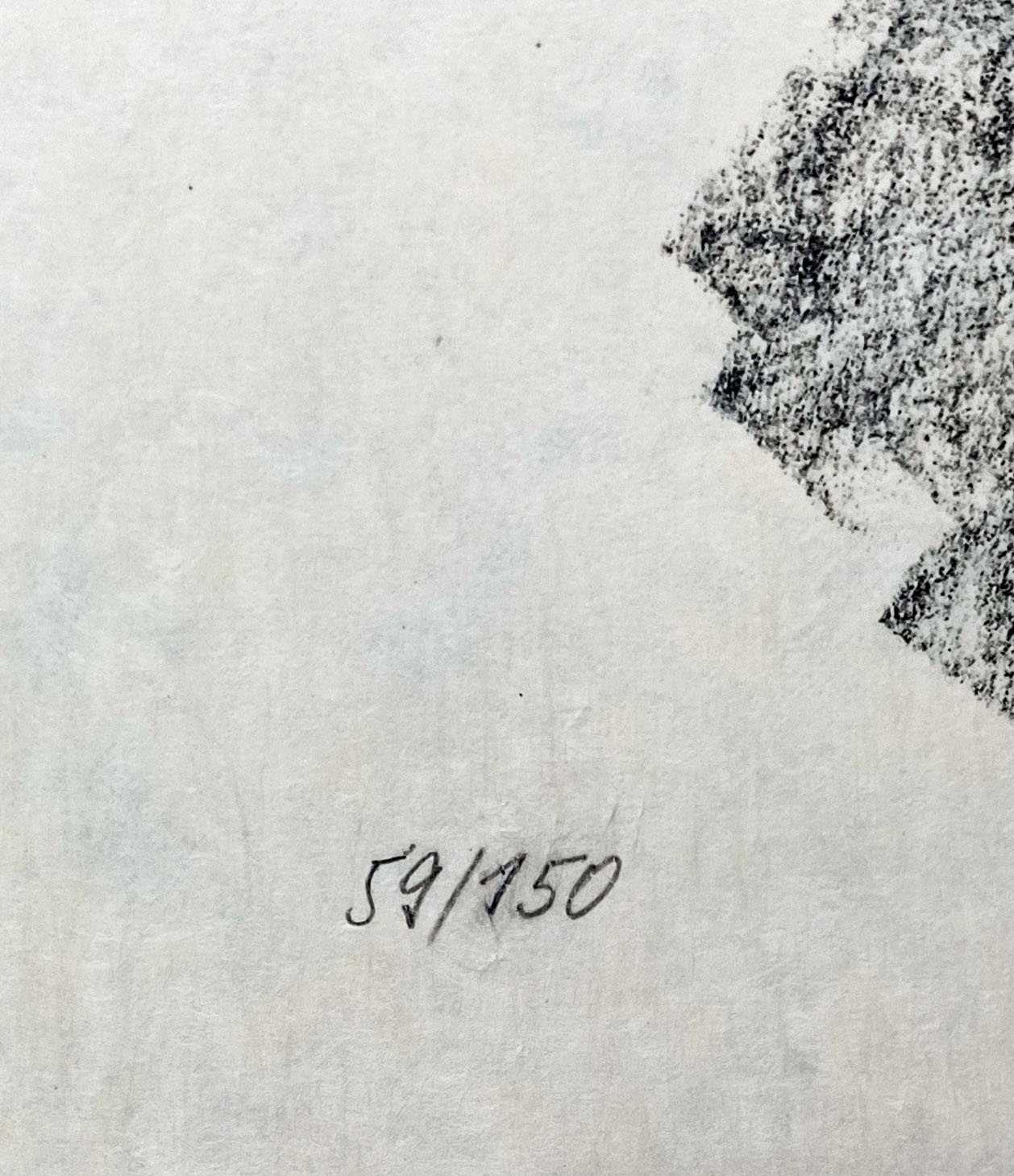 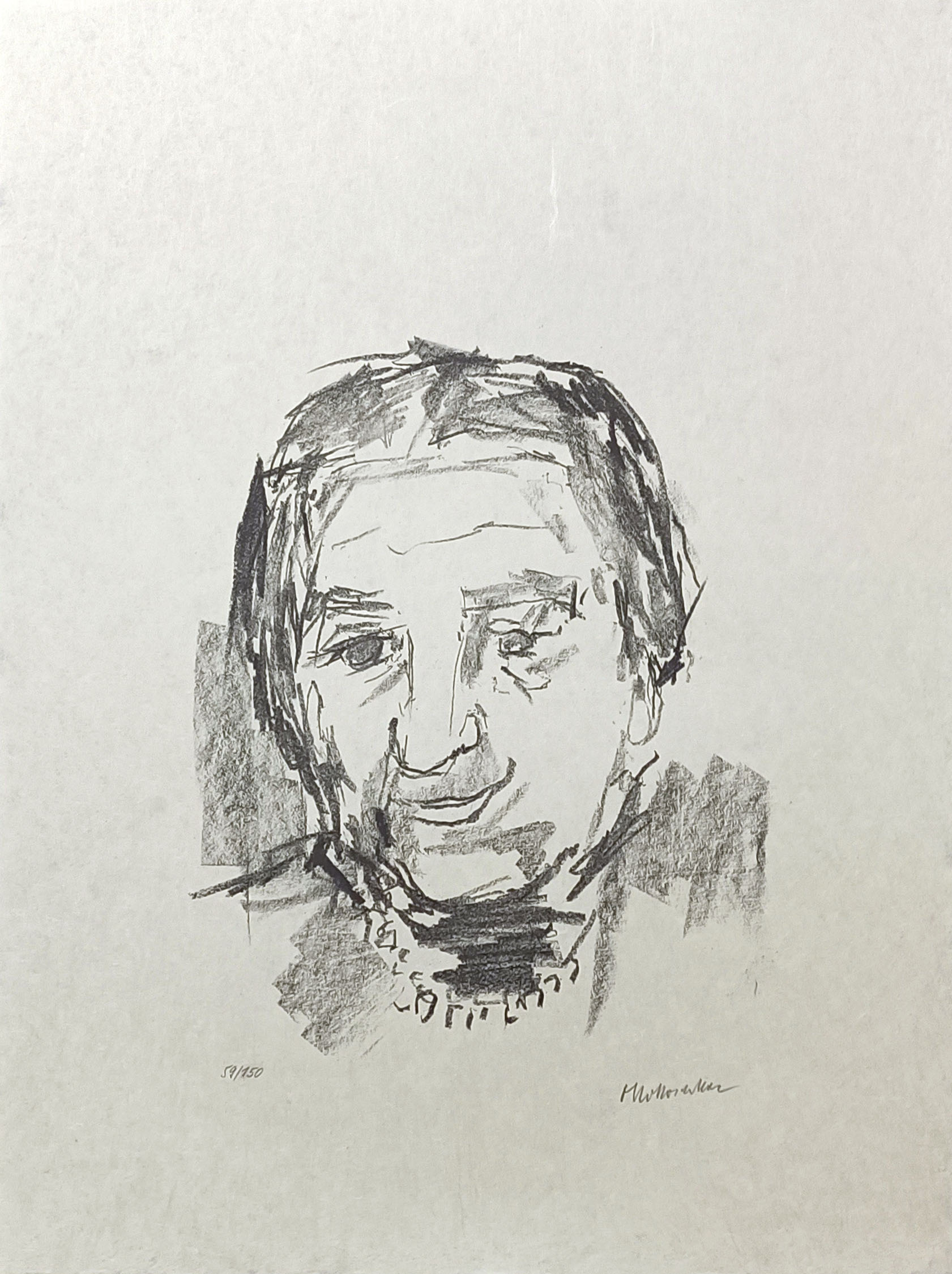 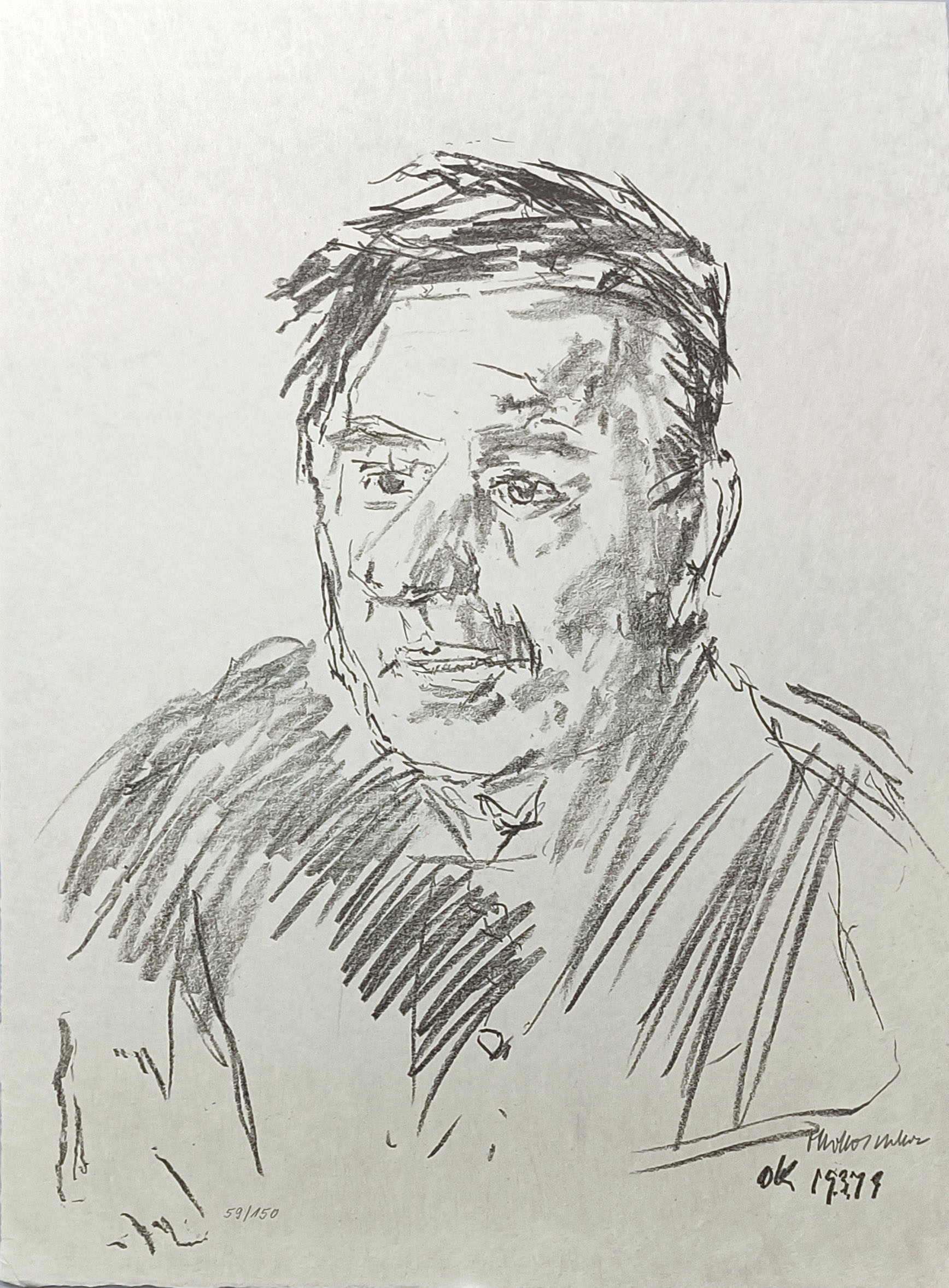 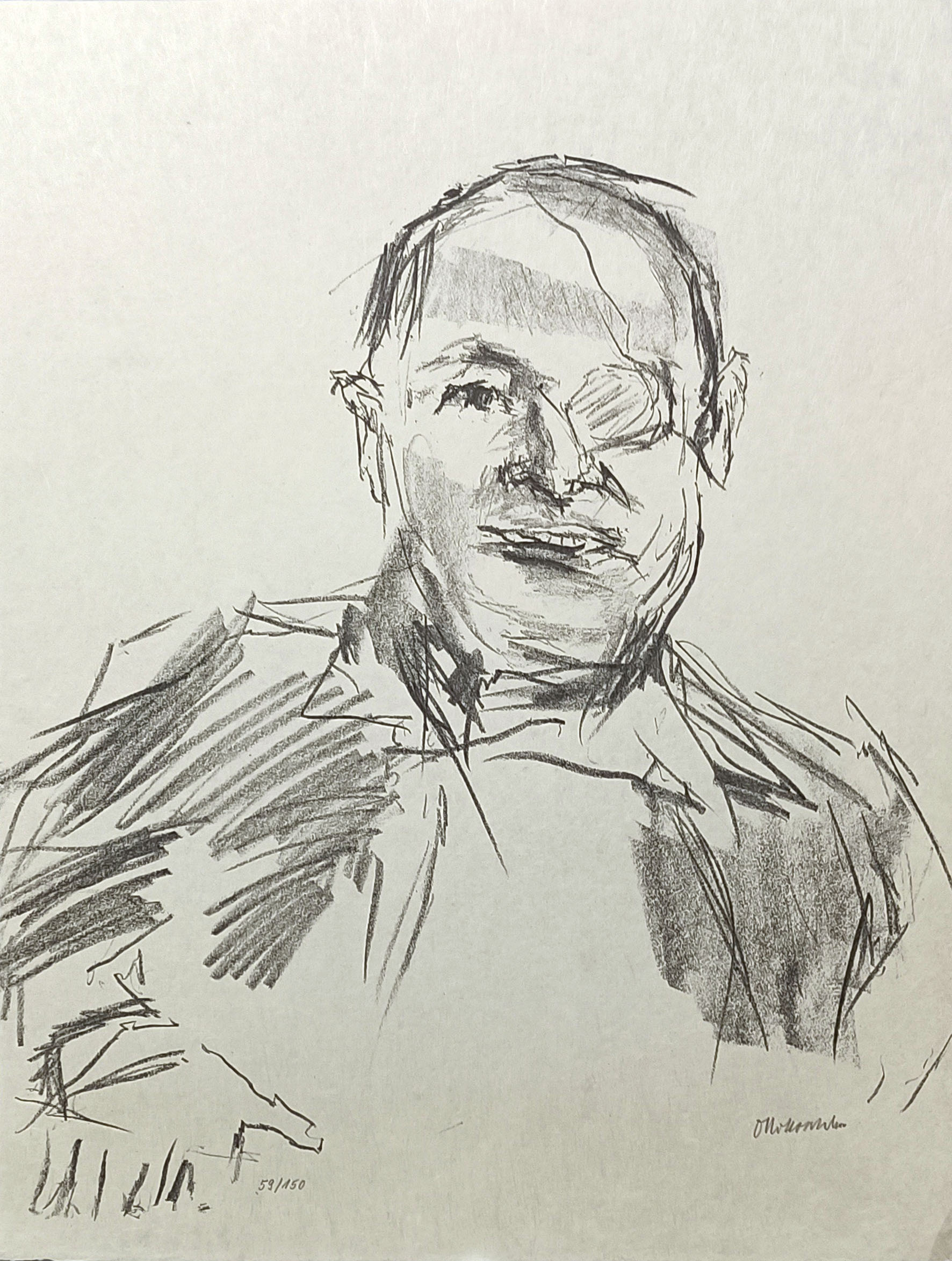 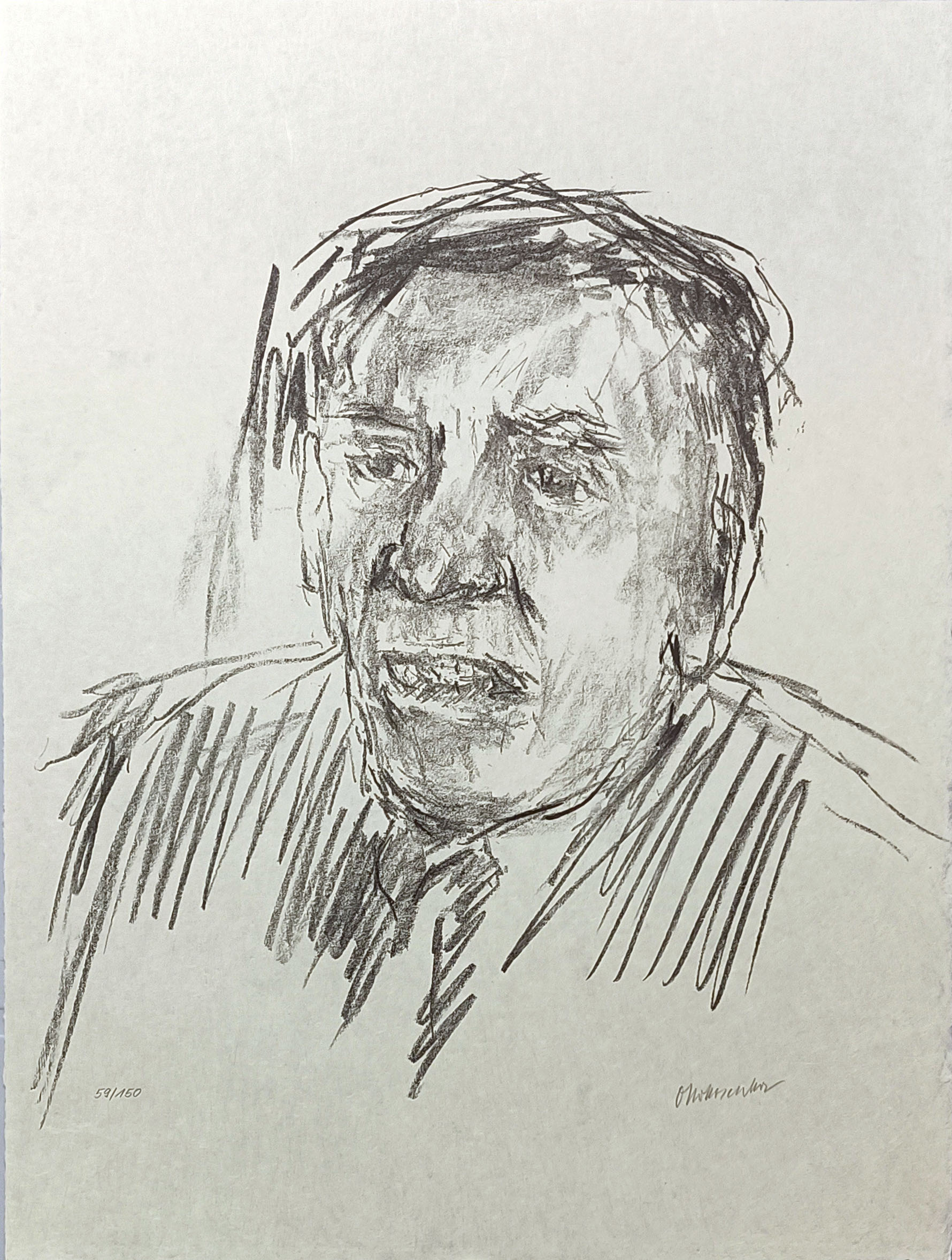 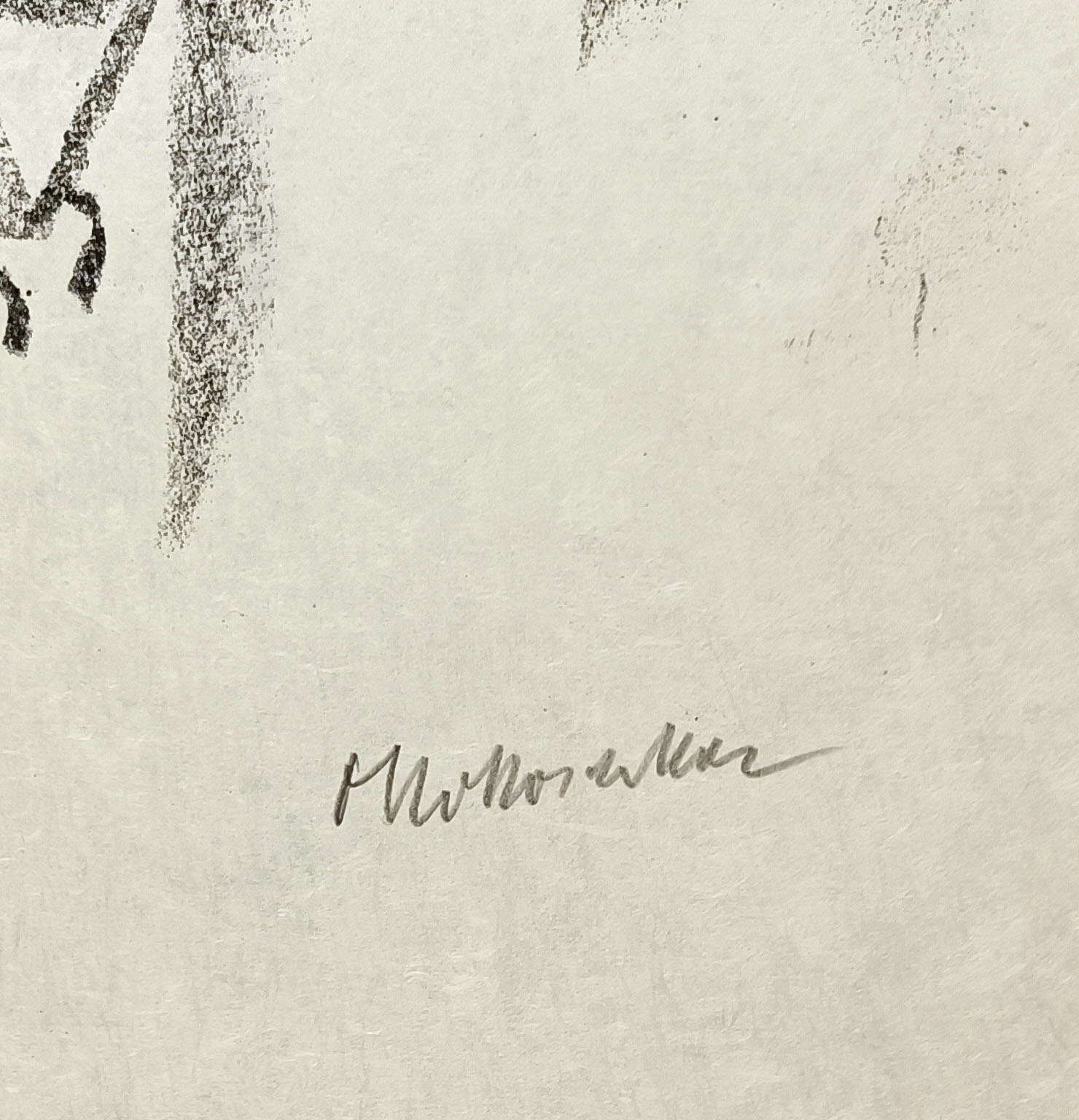 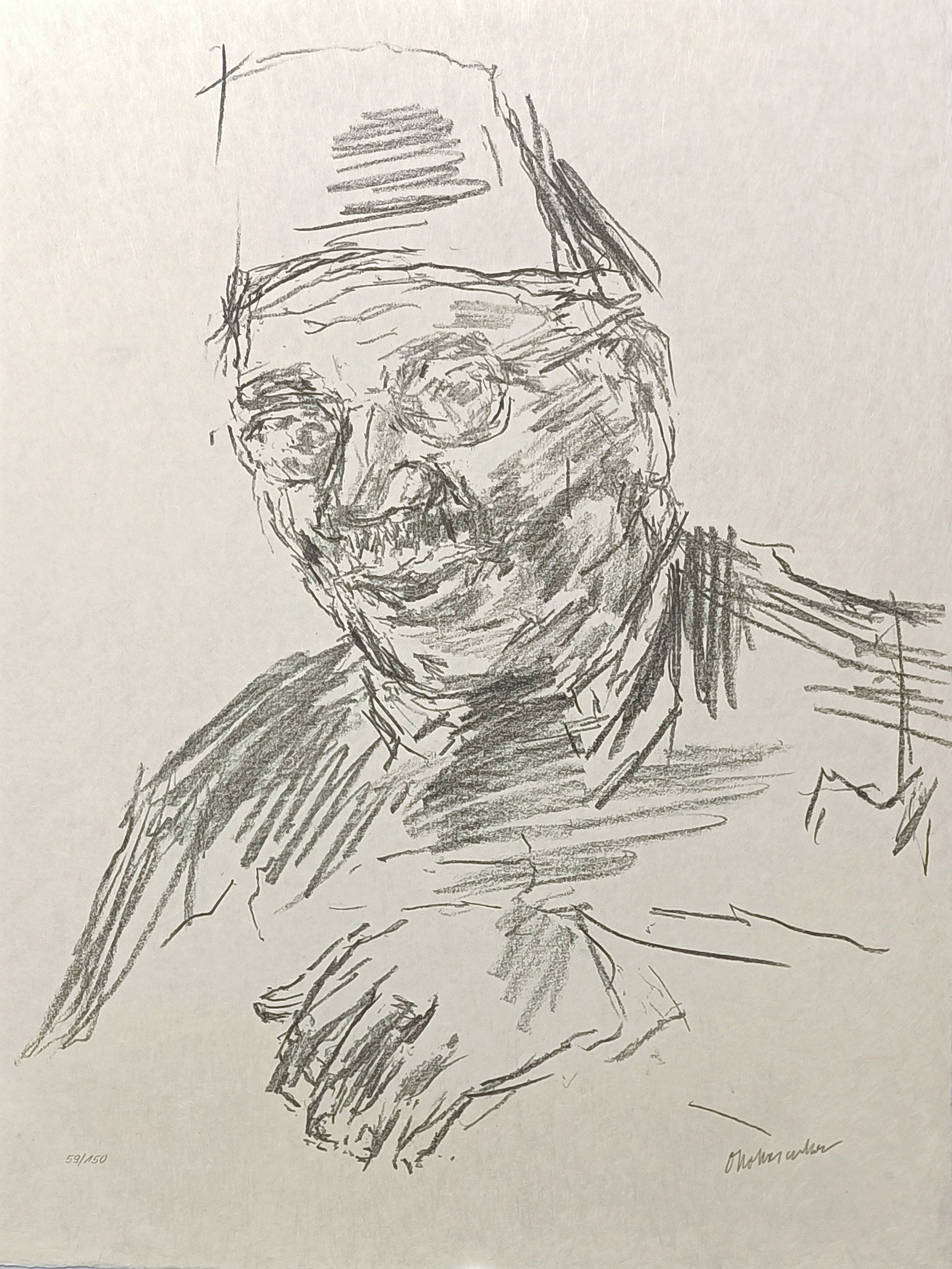 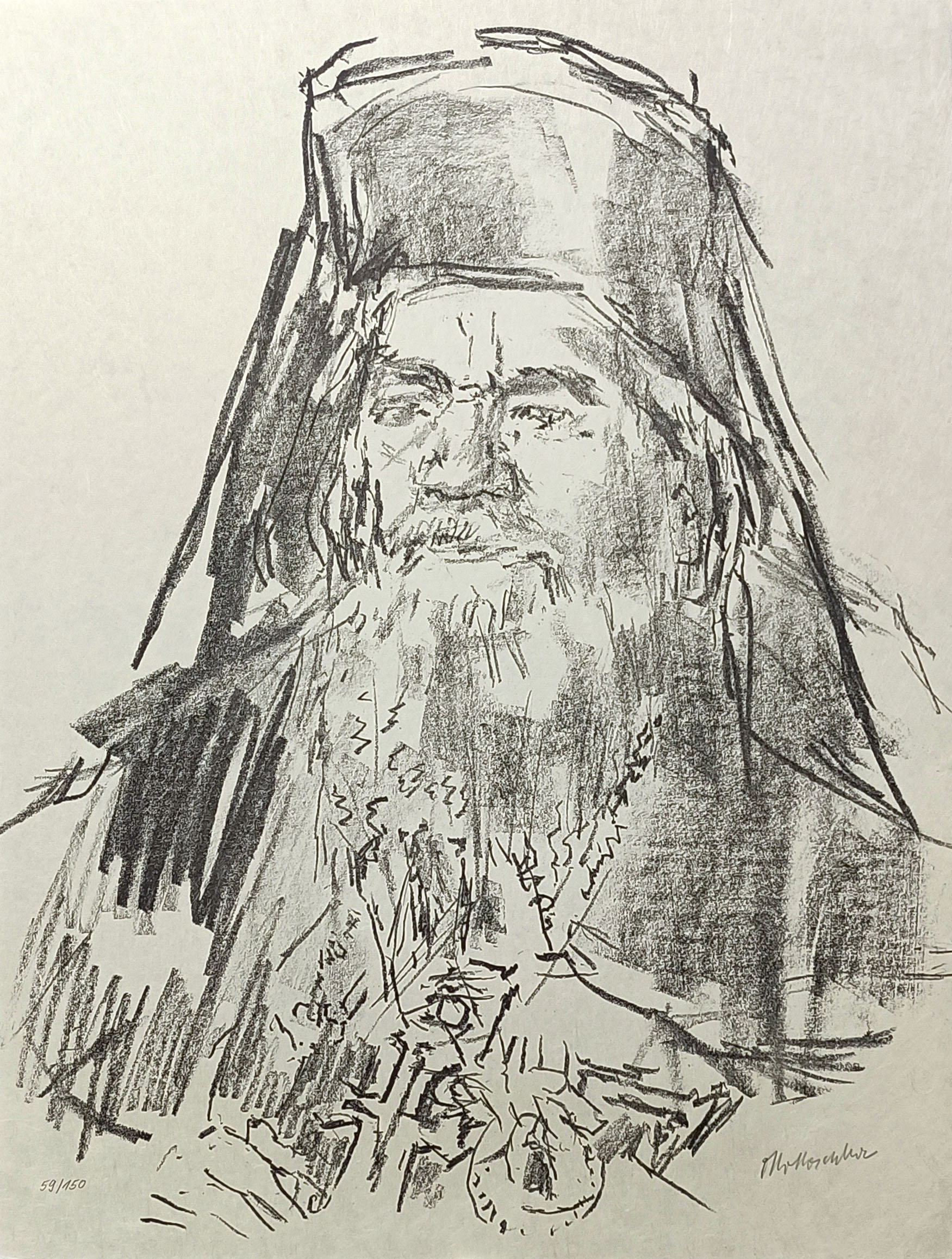 Author: Oskar Kokoschka (1886-1980). Title: Jerusalem Faces (1973). Description: copy 59 of 150 of the complete set of 6 lithographs on Japan paper signed in pencil and numbered 59/150. Edited by Marlborough Graphics Ltd., London, and Weidenfeld & Nicolson Ltd., London in 1973. Reference Wingler & Welz 493-498. Measurements of each lithograph 65x50 cm. All lithographs in good condition inside the original box with justification texts. In April 1973, Oskar Kokoschka was invited to Jerusalem to make six sketches of the city's leading political and religious figures: Prime Minister Golda Meir, Chief Justice Shimon Agranat, Defense Minister Moshe Dayan, Mayor from Jerusalem, Teddy Kollek, His Beatitude Benedict I, the Greek Orthodox Patriarch of Jerusalem and Sheikh Mustafa Khalil el-Ansari, director of the Mosque of Omar. By placing the respective portraits on a blank background and by means of a quick sketch, he managed to capture the essence of the personality of each individual. From these sketches 160 lithographs of the set of six portraits were produced. This project was carried out in support of the Jerusalem Foundation, founded by Kollek, and proceeds were used to support educational opportunities and the fostering of friendship between Jewish and Muslim youth. George Weidenfeld & Nicolson Ltd., along with Marlborough Graphics Ltd., covered the full cost of the project.